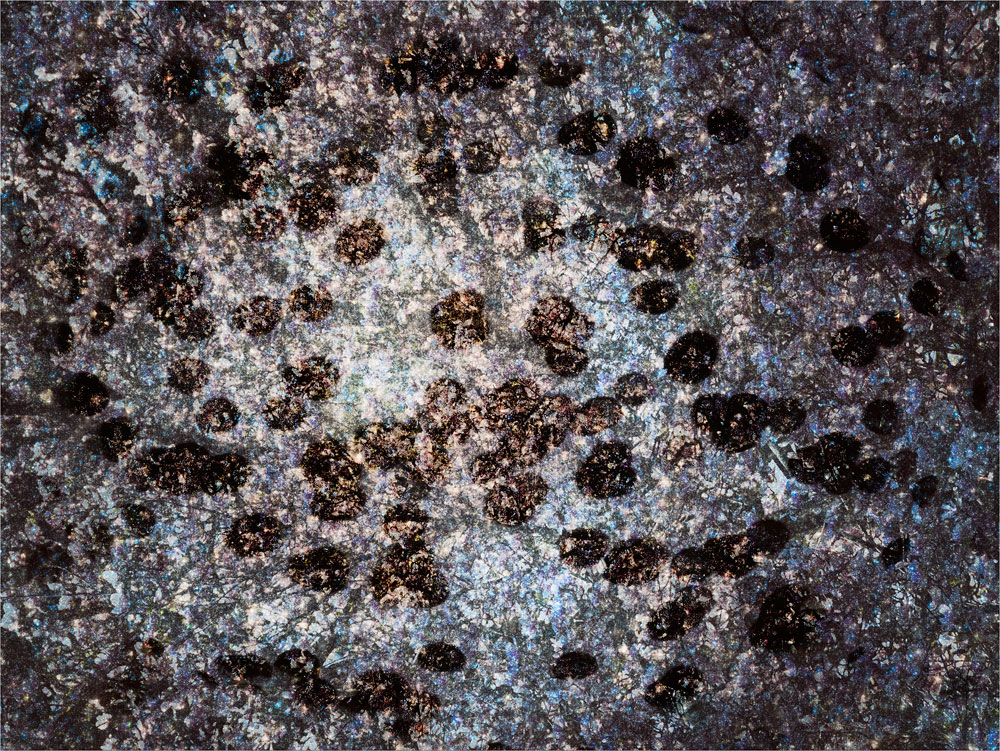 The work of the US American Thomas Brummett (*1955 in Colorado) is like a spiritual quest. The central element of his series Light Projection and Infinities shown in the exhibition is the investigation of the basic elements of light, which he captures as a »visual symbol of the Infinite«. For the series Light Projections, he uses so-called »circles of confusion« created by an out-of-focus lens as a representational image of light. For his series Infinities, he manipulates Hubble recordings of space that give a retrospective view of time because stars emit light millions of years old. He overlays these images of the universe with other motifs and subjects them to a special, »entropic« darkroom process in which the order of the silver atoms of the light-sensitive paper is dissolved and random shapes emerge.

Drawn to Far Eastern Taoism and Buddhist teachings, Brummett wants to make the world comprehensible as a magical universe through the process of close observation. He uses photography to explore how natural science, and physics in particular, can shed light on the nature of the world. »My photography process is an act of meditation through deep and extended attention and has evolved over time into capturing or rendering different Infinite Systems (starting with the Infinities) that exist right in front of us. I am trying to understand and present the world in its totality.«