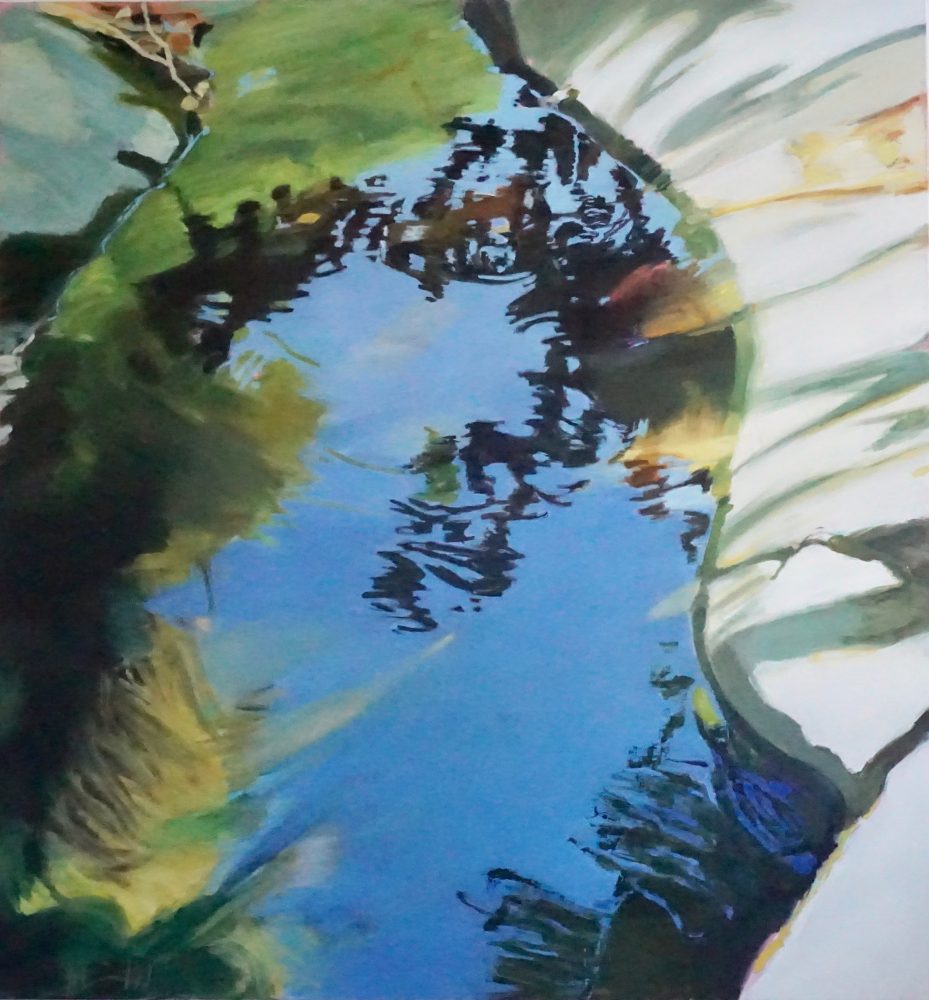 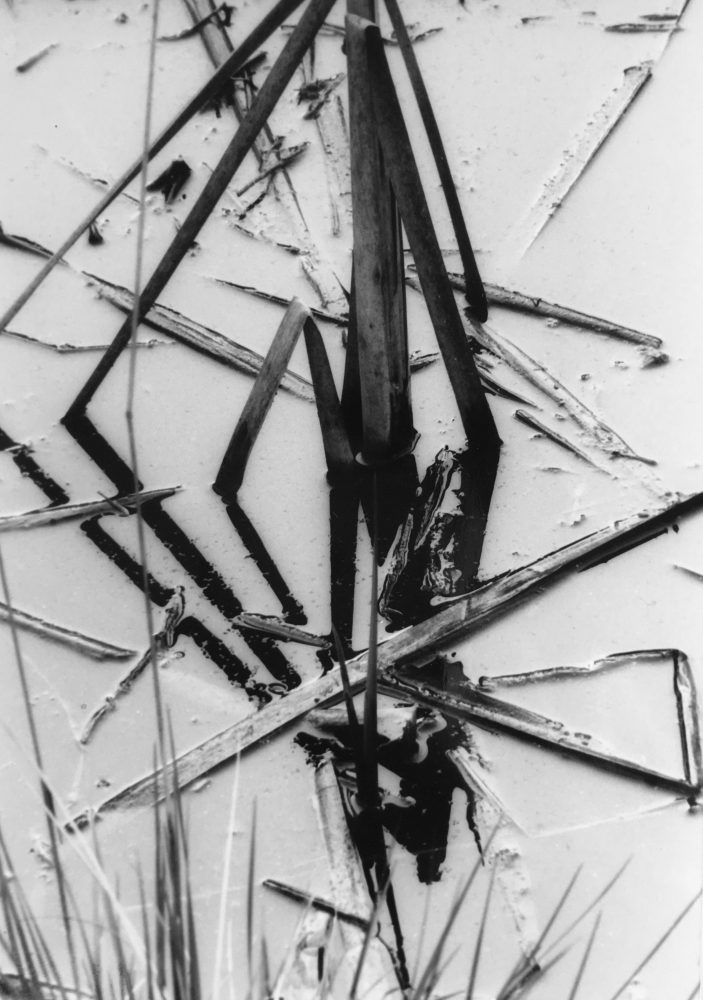 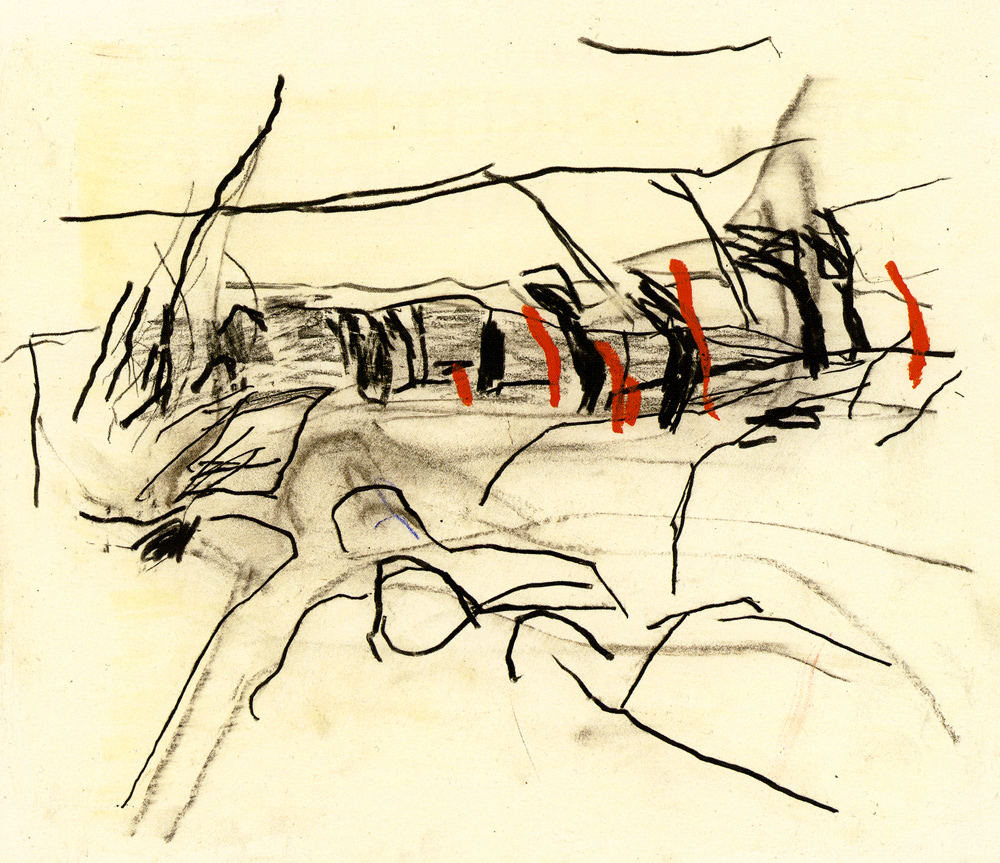 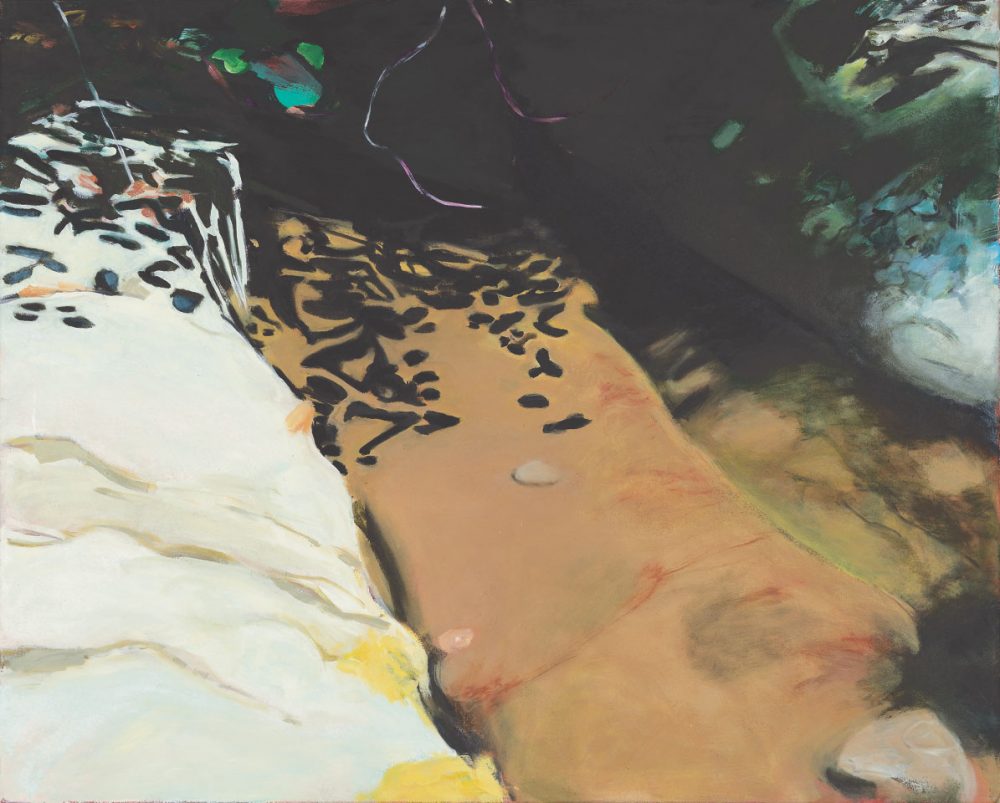 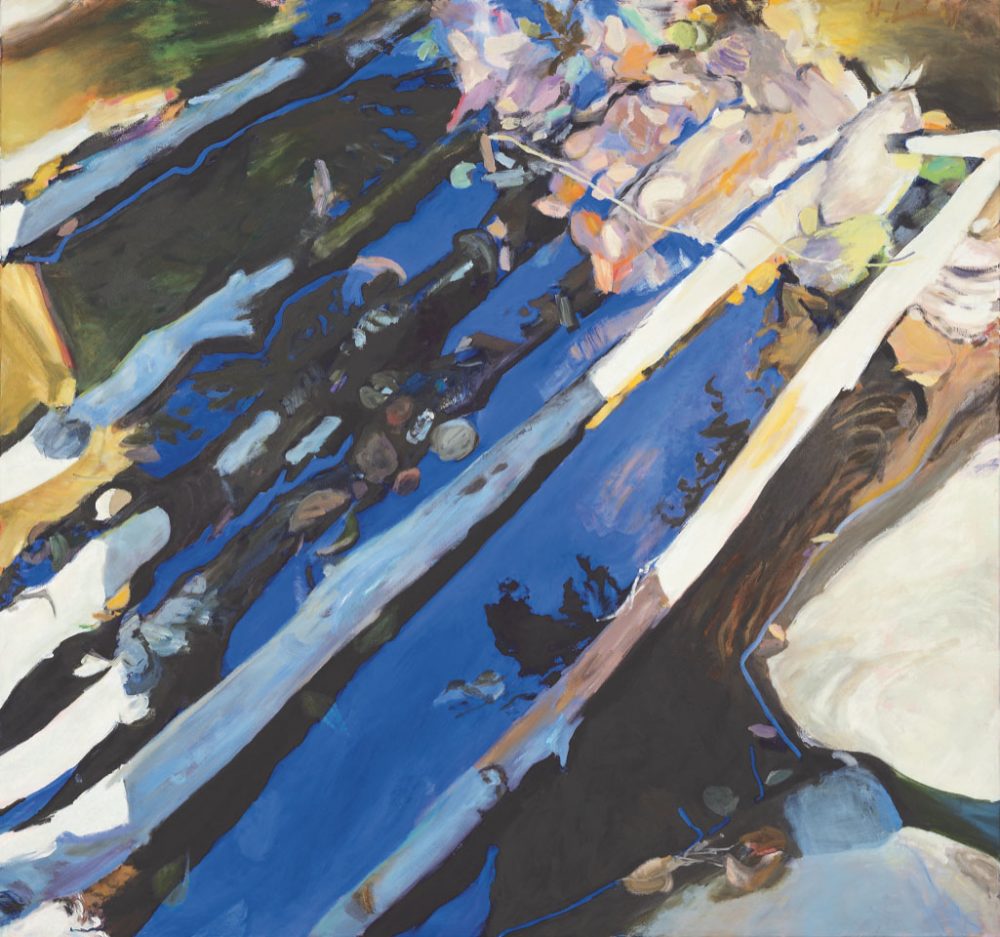 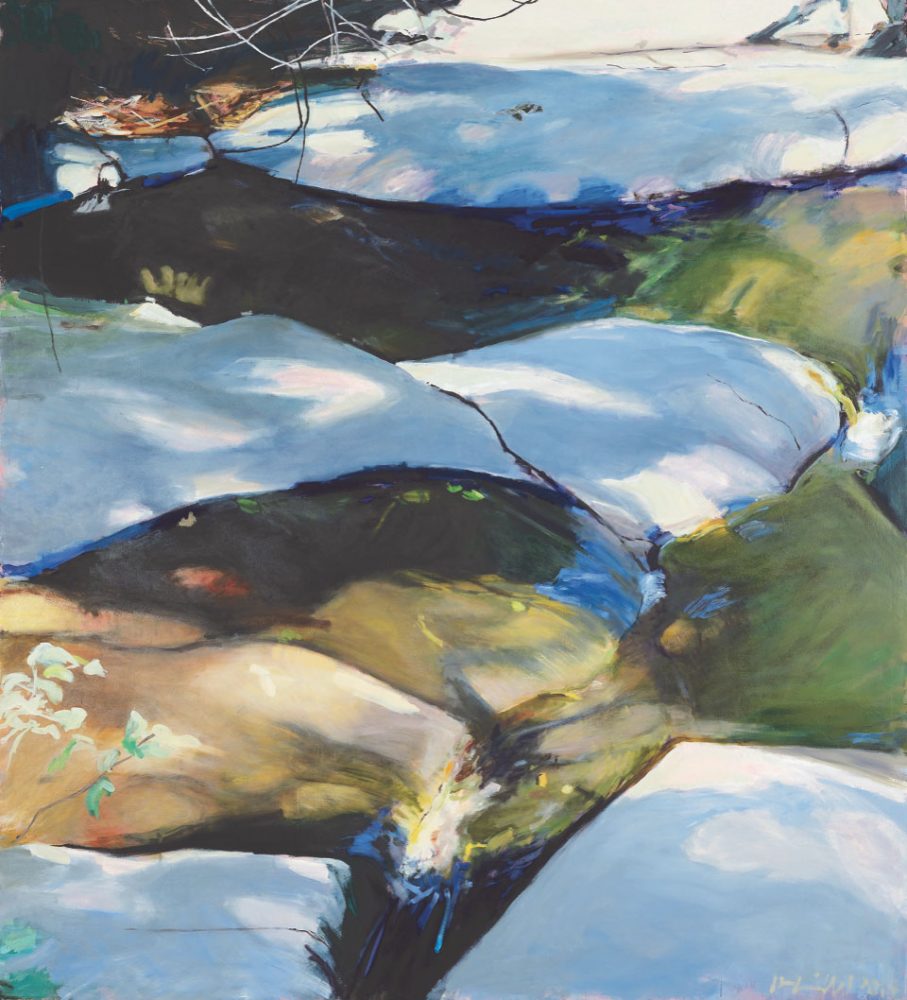 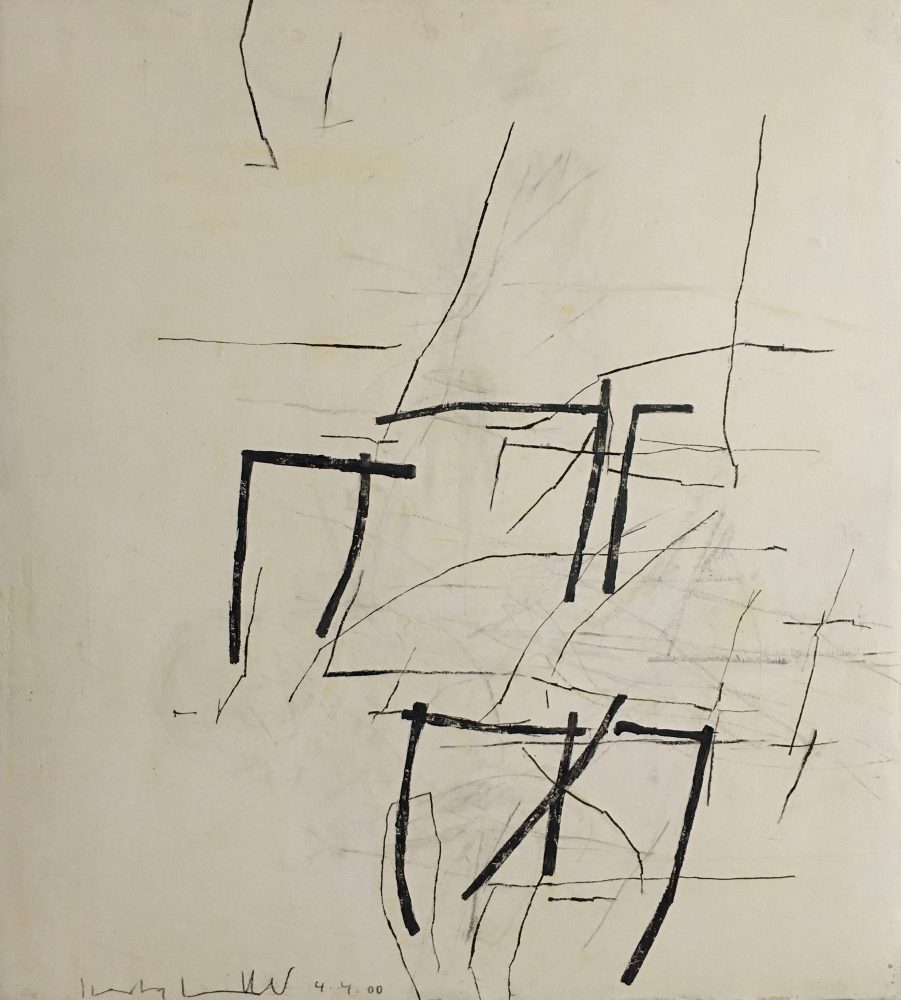 The Alfred Ehrhardt Stiftung has until now concentrated on the mediums of photography and film. With the exhibition of Herta Müller’s work the spectrum of media is being opened up to include painting for the first time, thereby expanding the dialogue with Alfred Ehrhardt’s work. It is a little-known fact that Ehrhardt was a Dessau Bauhaus-influenced painter and art teacher before becoming a photographer and filmmaker following his dismissal by the Nazis from his teaching duties at the Landeskunstschule in Hamburg.

Painter Herta Müller (b. 1955) lives and works in Berlin and near Loro Ciuffena in the Tuscan mountains. Her house is surrounded by nature, whose elements she studies extensively. Fascinated by the hues of the Mediterranean light, she pays special attention to the watery reflections of the Ciuffena, a mountain river.

For her observations, she makes use of countless photographic “notes” taken on location over the years. These do not represent artistic works but are employed by the artist like tools, as memory aids. Photography translates three-dimensional natural details into two-dimensional lines, surfaces, and empty spaces, offering more direct pictorial solutions than a drawing made by hand, which always conveys a degree of interpretation.

Herta Müller’s works hint at their origins in the vocabulary of natural forms, but their abstract lines, surfaces, and empty spaces function more like messages of signs and symbols. There is an implicit correspondence to what has been seen and experienced, without explicitly adhering to the representational. Her works are “an expression of a transcendent gaze that understands how to elevate spiritually what surrounds us, revealing the entire wealth of the world in a single line.” (Eugen Blume)

Significantly, the artist does not work from nature. In the studio, both in Italy and in Berlin, she draws from her actual experiences in nature, returning to that paradise from which the spirit expelled us. The artist’s many years of visual experiences, in addition to the hearing, smelling, and feeling of a nature experienced with all the senses bubble up from her paintings. Her depictions of nature give one the sensation of hearing the gentle gurgling of the water and feeling its cooling effect.

For Herta Müller, the motivation behind her aesthetic exploration of nature is encapsu-lated in John Berger’s analysis: “All the languages of art have been developed as an attempt to transform the instantaneous into the permanent. Art supposes that beauty in not an exception—is not in despite of—but is the basis for an order.”

Herta Müller is Herta Müller’s longstanding collaboration with Galerie Georg Nothelfer and her guest professorship at the UdK have brought her to the attention of art audiences.