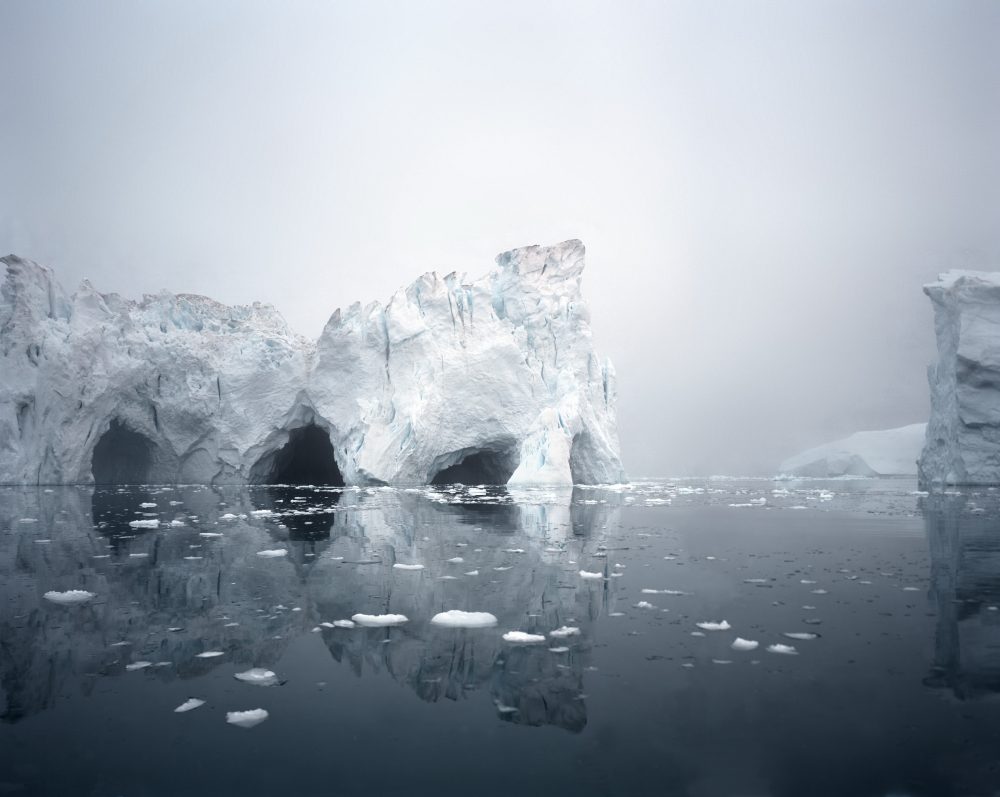 northbound. Guided by this directive, Olaf Otto Becker explored the west coast of Greenland, a total stretch of almost 4,000 kilometers, during multiple trips from 2003 to 2006. Consciously drawing on the expedition photography of the 19th and 20th centuries, he captured the arctic nature of various landscape scenarios with his 8 x 10 inch large-format camera. Choosing to travel in solitude, the photographer almost managed to reach 75degrees north latitude in Melville Bay with a rubber dinghy.

The large-format color photographs that resulted from the documentation of this section of coast, which is largely inhospitable, are intended to follow in the tradition of the large, silent image. Without exception all photographs were taken at night. Melancholy, sublimity and a subtle moment of absence characterize the fundamental tension inherent in these portraits of the landscape, which markedly recall old master paintings in their aesthetic tendencies. Often the images also contain relicts from the civilization of the Inuits, the Eskimo peoples who settled the coast of Greenland around a thousand years ago. As a whole, these photographs by Olaf Otto Becker sound out the profoundly fragile relationship between humans and nature in a northern frontier region.