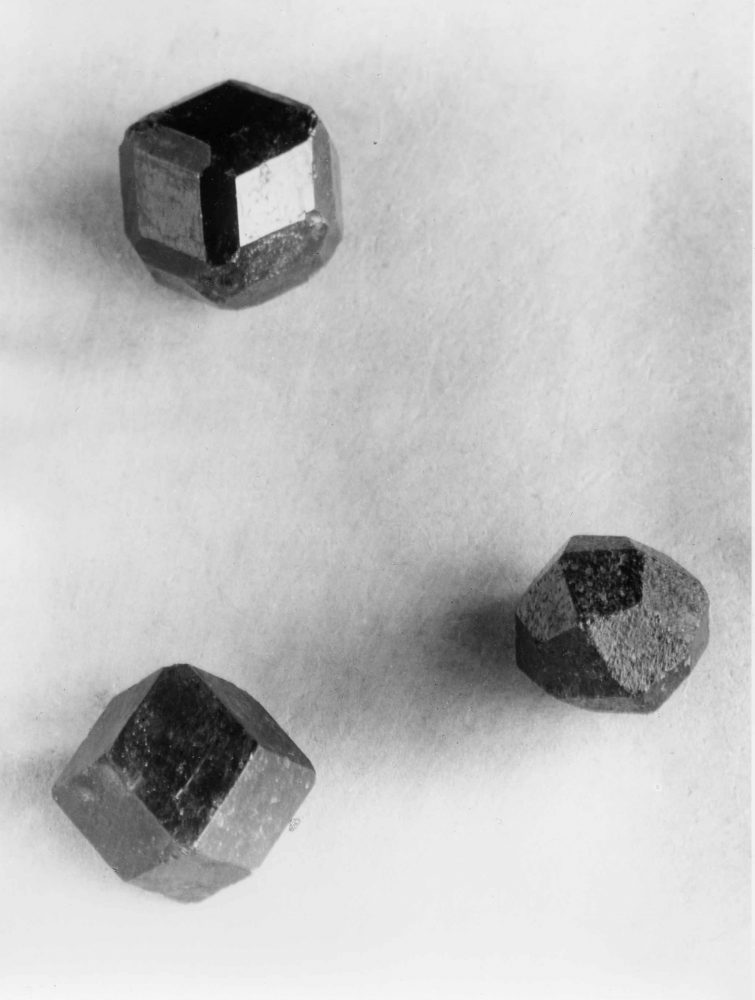 Presented in numerous exhibitions and publications since the 1970s, the plant photography of the New Objectivity, especially thanks to the images of Albert Renger-Patzsch and Karl Blossfeldt, has become a seminal chapter in the history of photography. Photographs of crystals, however, have as yet attracted only little attention. The Alfred-Ehrhardt-Foundation devotes an exhibition to this topic: Lebendiger Kristall. Die Kristallefotografie der Neuen Sachlichkeit zwischen Ästhetik, Weltanschauung und Wissenschaft (Living Crystal. The Crystal Photography of the New Objectivity between Esthetics, World View, and Science). The show features about 60 vintage prints by Albert Renger-Patzsch, Aenne Biermann, Fred Koch, Lotte Jacobi, Alfred Ehrhardt, Carl Strüwe, August Kreyenkamp and Heinrich Falck. The exhibition is accompanied by a catalog published by Hatje Cantz Verlag with texts by Christiane Stahl (Alfred-Ehrhardt-Foundation), Olaf Breidbach (Ernst Haeckel Haus Jena) and Stefanie Odenthal.

The parallel exhibition of the Alfred-Ehrhardt-Foundation Claudia Fährenkemper: Habitus takes place next door in the rooms of the »Forum für Fotografie«. Fährenkemper (*1959) became well known through her photographs of beetles’ heads, amphibian larvae and plant seeds, enhanced by a scanning electron microscope. The exhibition titled Habitus – the mineralogical term for the size and shape of crystals – presents her new series of large-format photographs of salt crystals. On the occasion of this exhibition the Hatje Cantz Verlag publishes the English/German language catalog Claudia Fährenkemper: Photomicrographs, which includes all her series of works with texts by Ann Thomas (Curator of Photographs, National Gallery of Canada, Ottawa) and Ludger Derenthal (Director of the Museum für Fotografie der Staatlichen Museen zu Berlin).

This first double exhibition curated by the Alfred-Ehrhardt-Foundation profits from the opportunities provided by the architecture of the »Forum für Fotografie und Kunst«, which opened in the beginning of 2003. Apart from the Alfred-Ehrhardt-Foundation, which shares a part of the building with the »Foundation Ann und Jürgen Wilde«, the »Forum für Fotografie« as well as the galleries Thomas Zander and Rolf Hengesbach are situated at the forum. Parallel presentations will continue to make explorations of a subject from historical and contemporary perspectives possible in the future.