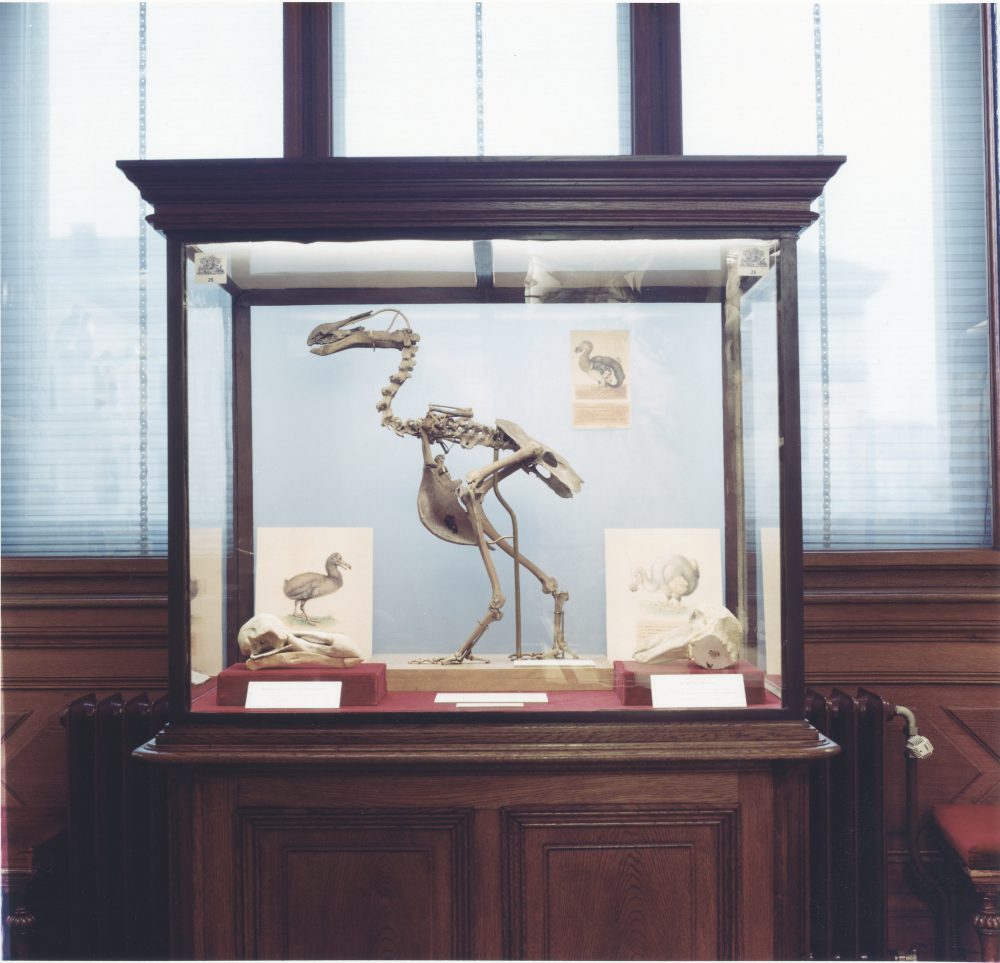 Vitrinen in Arbeit encompasses a series of 140 color photographs by the American artist Kaucyila Brooke, which were taken between 2001 and 2004 in the Natural History Museum in Vienna, the period when it was changing its previously unaltered display design. While comparable museums had long since been restructured into experiential museums, this museum had remained true to the concepts of the 19th century and the notion of classifying natural objects according to species and family.

The leitmotif in the work of Kaucyila Brooke is a challenge to our notions of creation and the origin of the world, which are rooted in our Christian worldview and based on the model of the family as the nucleus of society. Her series Vitrinen in Arbeit brings the construct and representation of the natural world into focus—along with the resulting social norms and limitations.

For Kaucyila Brooke it was of significant interest that despite modernization the spirit of the museum, characterized by the Habsburg family and its colonial politics, remained unchanged, and the result was an overlap of two different perspectives on nature. The contents of the display cases changed, but not the decoration on the walls, where the museum’s program remains couched in the colonial and racist thinking of the 19th century.

Brooke reveals the traces and relics of the past—the draped bodies of stuffed animals and the dirt—that remain in the display cases when objects have been removed. In her photographs one seldom sees one single display case, and never a single object. In almost every image the spaces and things in front of and behind the display cases are mirrored by the glass; a reflection of the surroundings outside the cases comes into view; or the displayed objects are caught in the interplay between transparency, reflection and opacity. Thus, the context of the showcases and the history of how they have been perceived overlap.

»The artist’s view oscillates between focusing on the exhibits and the make-up of the late-nineteenth-century museum architecture. The perspectives do not submit completely to one or the other, and Brooke’s view of things is always an angled view that veers slightly away from the intended direction, again and again focusing on various details.« (Martin Prinzhorn, in: Camera Austria, no. 86, 2004)