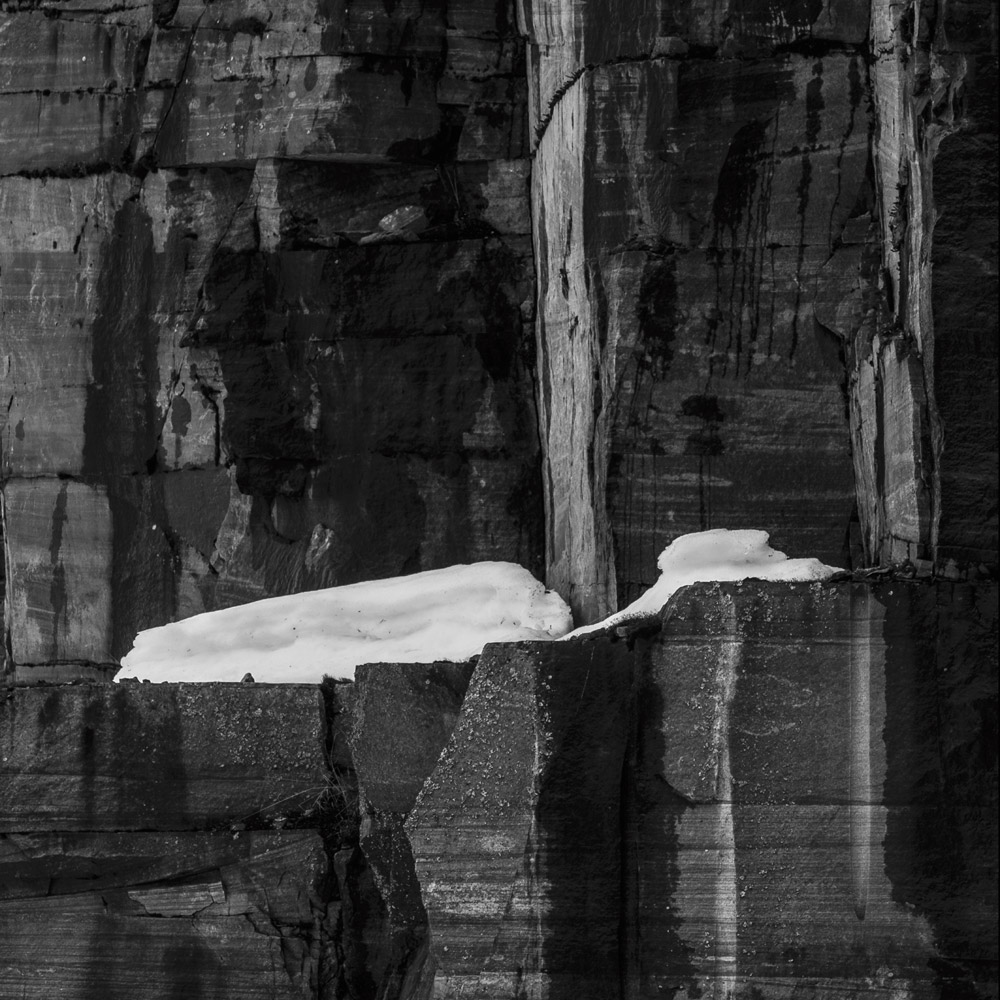 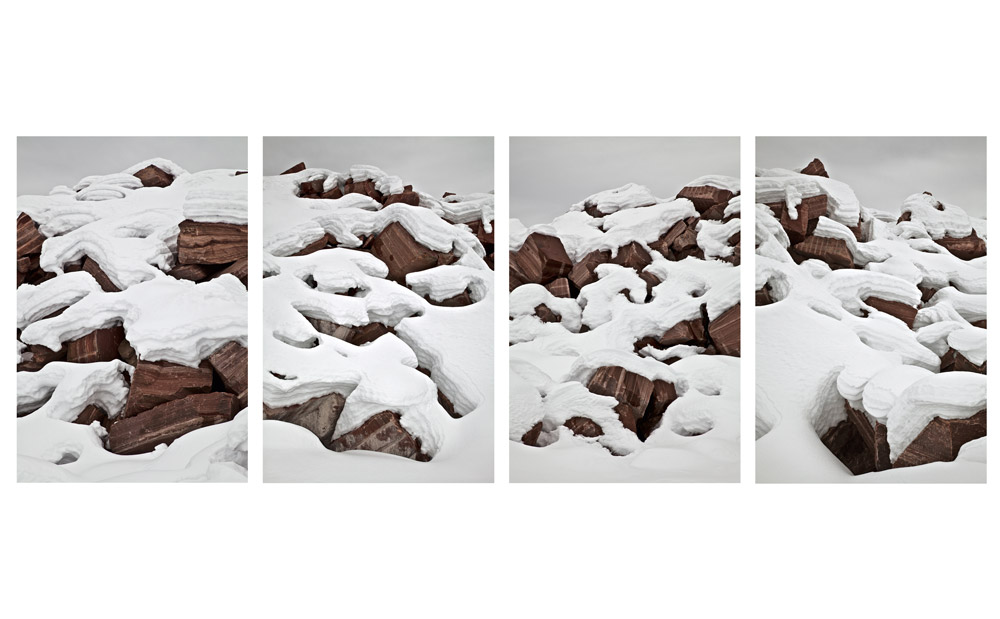 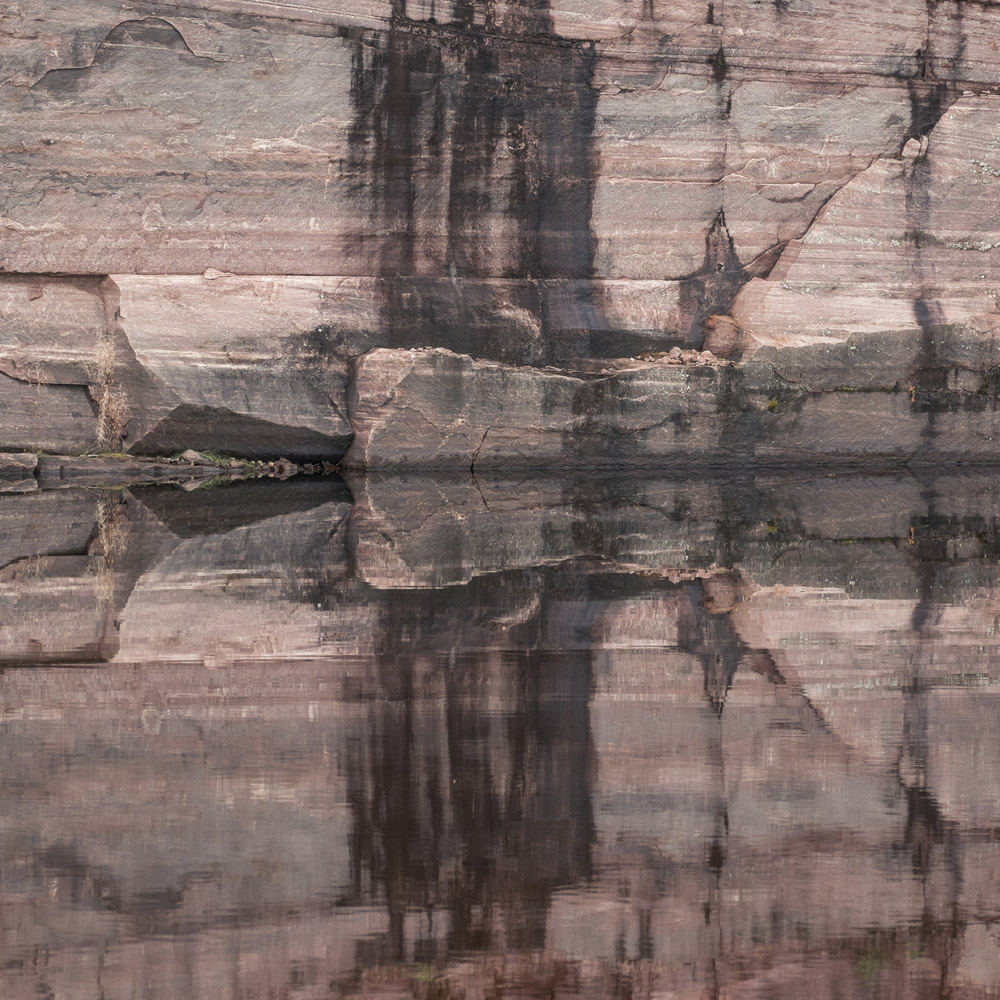 Soon after the fall of the Berlin Wall in 1989, photographer Joachim Richau (*1952) began making regular visits to Scandinavia for his work. From the early 2000s onward he began to explore the Swedish landscape more intensively. For more than ten years, Richau had a studio in a forest cabin belonging to friends, far away from any inhabited areas, and he retreated there to work for several months each year. In addition to countless series and individual images, the photographs of the series FRAGMENT or the Presence of Doubt were taken here. These works are the focus of the exhibition at the Alfred Ehrhardt Foundation.

Distancing himself from the documentary trend that dominated photography in the 1980s and 1990s and drawn towards abstract, less narrative form of visual expression, Richau was encouraged and influenced by the work of Alfred Ehrhardt. Ehrhardt’s close-up images of sand structures in the watt and Icelandic lava formations and, to a greater extent, his body of drawings and paintings defined by a reduction to a few, selected visual elements—all had an impact on Richau’s approach to making images. Correspondingly, Richau’s intense close-ups of a snow-covered stone quarry achieve a degree of abstraction that lends them a painterly quality. Through the gaze of the camera, the layers of stone become fragmentary, removed from their surroundings and a focus is placed on their structures, emphasizing their graphical patterns. Richau’s intensive, immediate, and longstanding exploration of the structures of this landscape formed the basis of such images.

Through living and working in this remote environment enabled him to experience maximum artistic immersion, contemplation, and concentration enabled him to allow the images to find themselves. »In Sweden, I was at home in a foreign place. There, I was much closer to myself than ever before,« Richau recalls of his experience. »Far away from my familiar surroundings, I feel comfortable; I am calm. And in this faraway place, I maintain a distance to my subject matter.«

The word »fragment« has something vulnerable, fine, and delicate about it. Fragmentation is accompanied by a break. The quarry is a symbol for the vulnerability of something massive, something ostensibly unshakable. In addition to fragility and sensitivity, breaks and ruptures are evident in his images—and also characterize the artist’s biography. For Richau, the subject of his photographs is not the stone quarry but rather the »absolutely self-evident sublimity and timelessness of nature as a place of human life.«