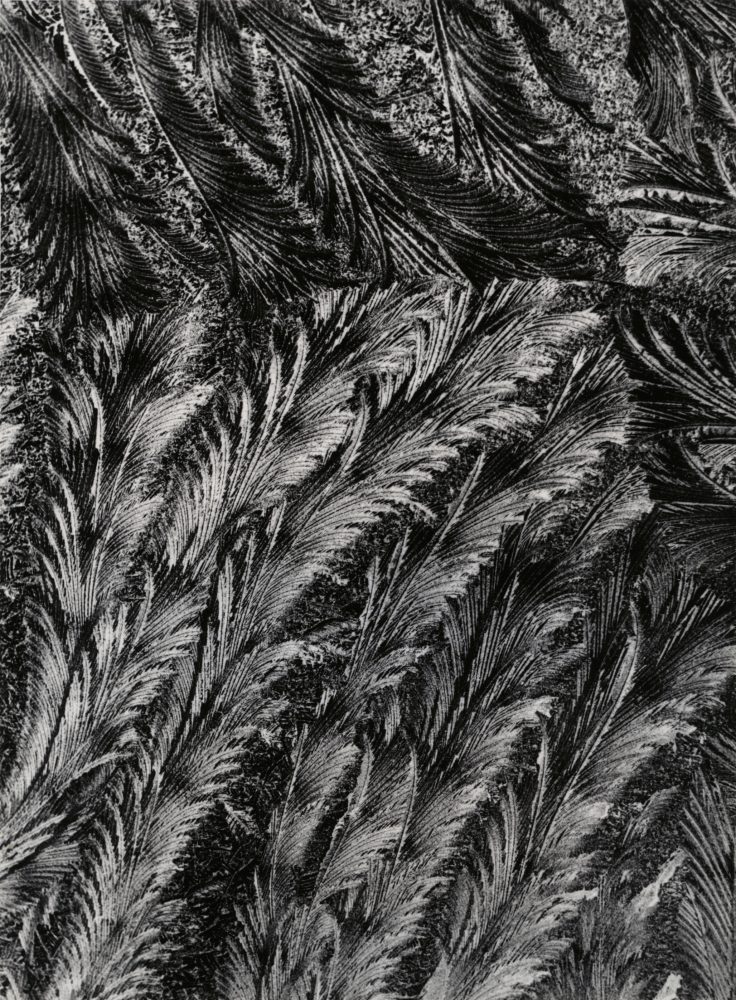 In German the patterns made by frost on windows are called Eisblumen (ice flowers). They are ice crystals with forms that resemble flowers. These forms take shape on the interior of thin windowpanes when the external temperature sinks below zero, when the humidity of the air inside is high, and when spores for crystallization are present, such as little particles of dust, around which the freezing water can crystallize. These so-called »ice flowers« have become a rare phenomenon in our latitude given the warming of the earth and the increasing use of windows with multiple glass layers in the renovation of old buildings.

Through the abstracted cropping of the image and emphasis on the dramatics of light, Alfred Ehrhardt often imbued his photographs of nature with such a degree of vitality, that one could image inorganic matter as having organic qualities. Some of his abstract photographs of tidelands have titles such as Ein Pflanzengebilde, ein Geisterkraut von seltsam strenger Schönheit (A plant-form, a ghostly weed with a strange, stringent beauty). It is thus no wonder that these »ice plants« held a particular fascination for him. Where else can one find a better analogy between the forms of »inanimate« nature and the world of plants?

In parallel with Alfred Ehrhardt’s photographs of ice crystals, the Ann and Jürgen Wilde Foundation for Photography and Science of Art is showing Karl Blossfeldt’s photographs of plants, in which the wonders of nature are revealed in their beauty and diversity of form.