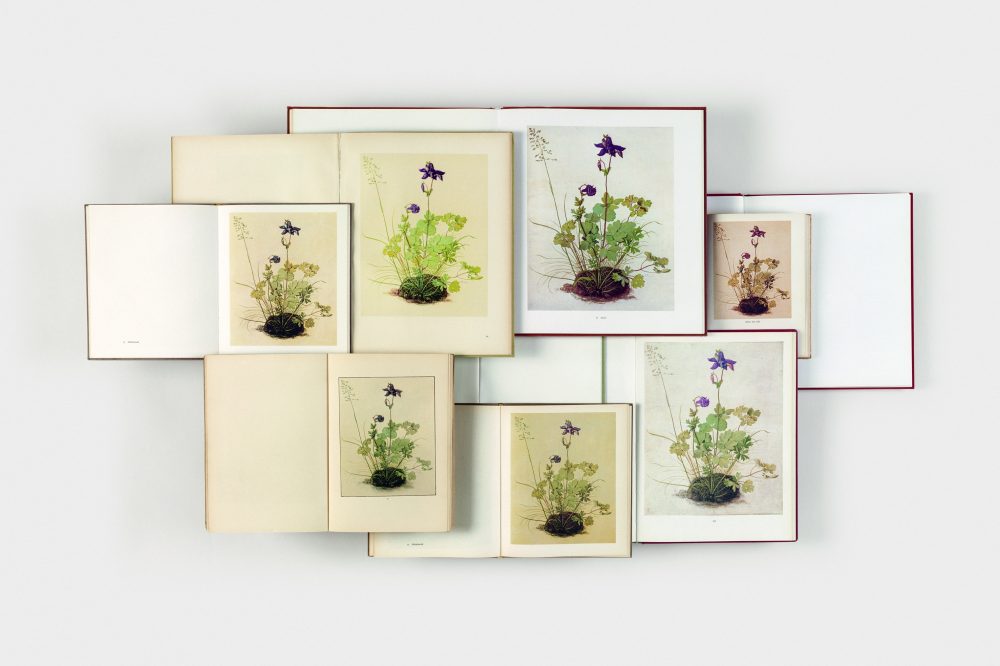 Those sitting on their idle seats in the country are ridiculous in their plant-like existence.

In his 2006 Handbuch der wildwachsenden Großstadtpflanzen (Handbook of Wild-growing Metropolitan Plants) the Leipzig artist Helmut Völter managed to redefine the floral in urban space. »At first glance the city is an alien, if not hostile, environment for plants. The bare ground that remains in between densely packed buildings is underrun by the subterranean structures of the city, loaded with contaminants, trampled and flattened by pedestrians and cars. A closer look, an observant walk, shows that despite these difficult conditions a wild-growing, independent flora has developed in the city.« The painstaking photo documentations of Helmut Völter emphatically contest the supposed niche existence that plants are said to lead in the city with images of abandoned lots they have reclaimed. His research opens up a creative counter-perspective and simultaneously serves as the starting point for the exhibition, which sometimes even ventures a statement on civilization. For example, in her six-part color series Nina Ebbinghaus from Dortmund documents types of plants that have clearly immigrated to Germany. The »invaders« in these portraits include »aquatic migrants« and »naturalized« residents, which have illicitly entered Germany by air or water.

In contrast, in her photographic works Claudia Angelmaier from Leipzig analyzes traditional, “highly cultivated” images that have influenced collective visions of plants. Dürer’s works Das große Rasenstück (The Great Turf) and Akelei (The Columbine) are each shown in large tableaus of carefully arranged book reproductions. These compositions are not without irony in the way they draw on the traditional images and projected notions of plants in urban »cultural space.« Annabelle Fürstenau offers a surgical view of the floral world. Her photographs are the result of a laborious process of dissecting individual flowers and plants, in which their fragile components laid out in sequence according to shape and size. For the viewer such systems of organization evoke both a painful and aestheticizing distance to objects at hand. The work is a radical investigation on the elements precisely defining contemporary plant species.

A series of photographs by Claudia Fährenkemper serves as a form of medial reassurance. The vertical-format images consist of photograms, which were exposed in the sun directly at the site where the plants were found. Life-sized motifs remain on the image carrier and have a bizarre coloration. Fährenkemper consciously positions the print-like quality of the photogram between anachronism and modernity. Finally, the two photographs by Ralph Samuel Grossmann have an arresting, signal-like appearance. The floral has returned to the vase in these explicitly pared-down images. An artistic attempt at domestication, so it seems, which obviously wishes to explore color abstraction in plant form. In these works urban growths stand alone as objects, but not as objects of projection.
(Text: Dr. Christoph Schaden)