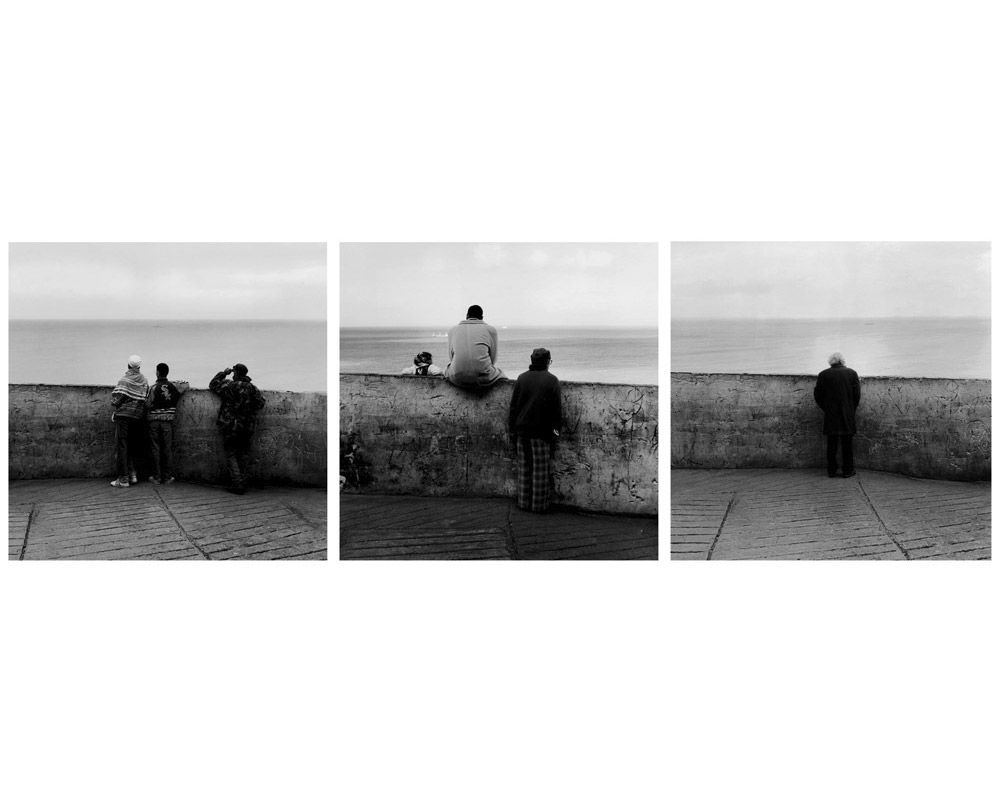 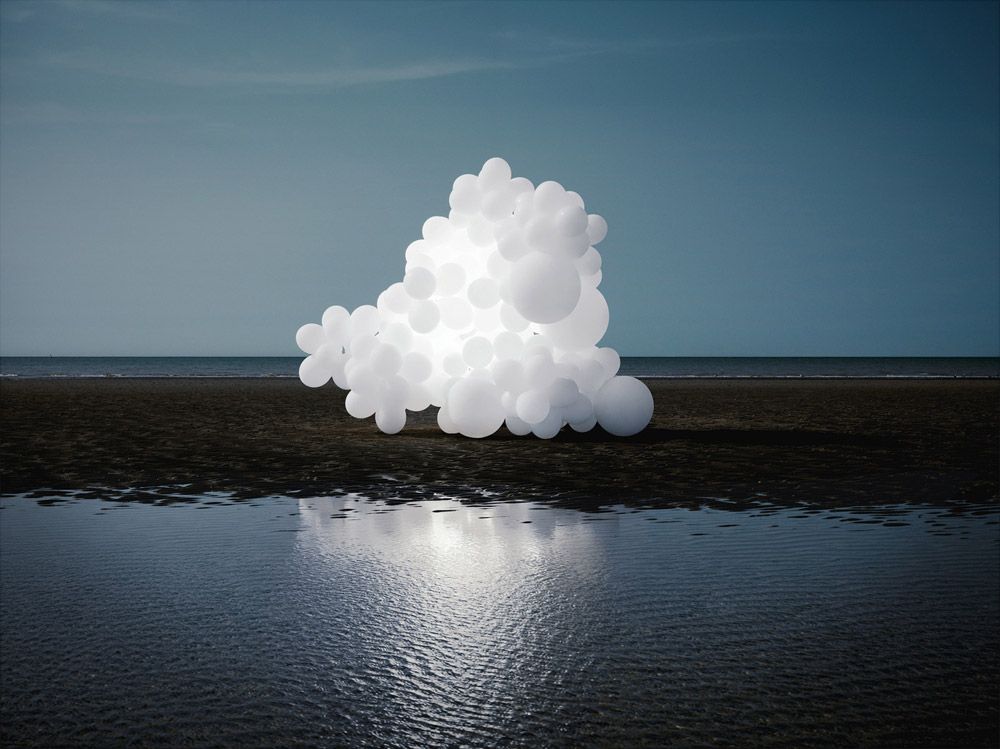 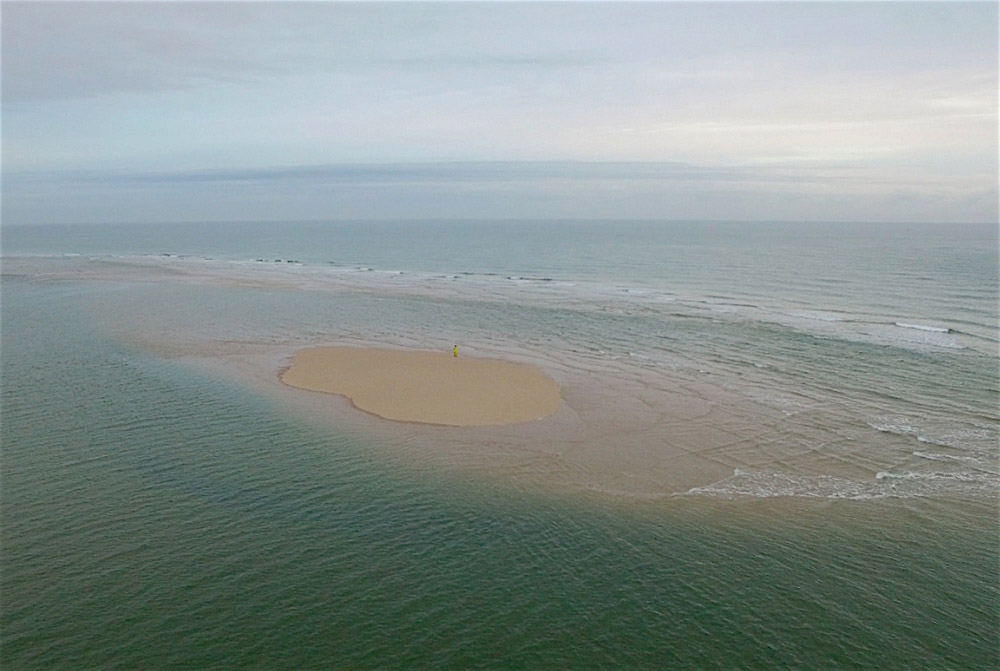 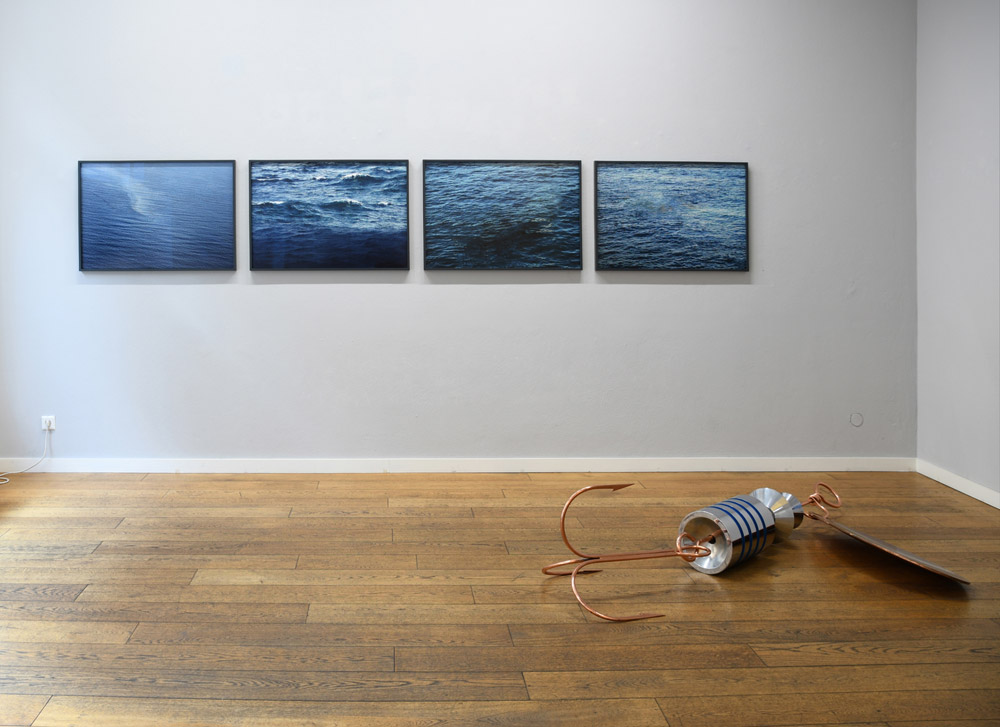 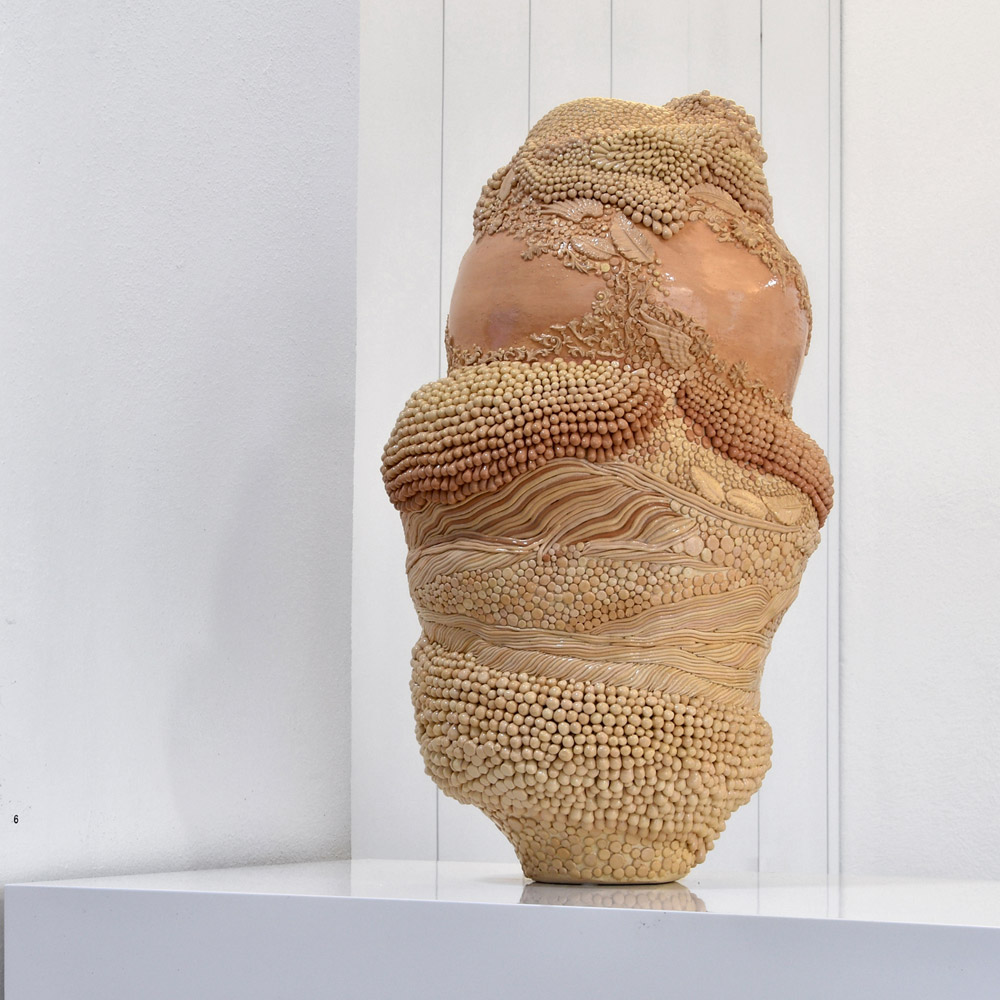 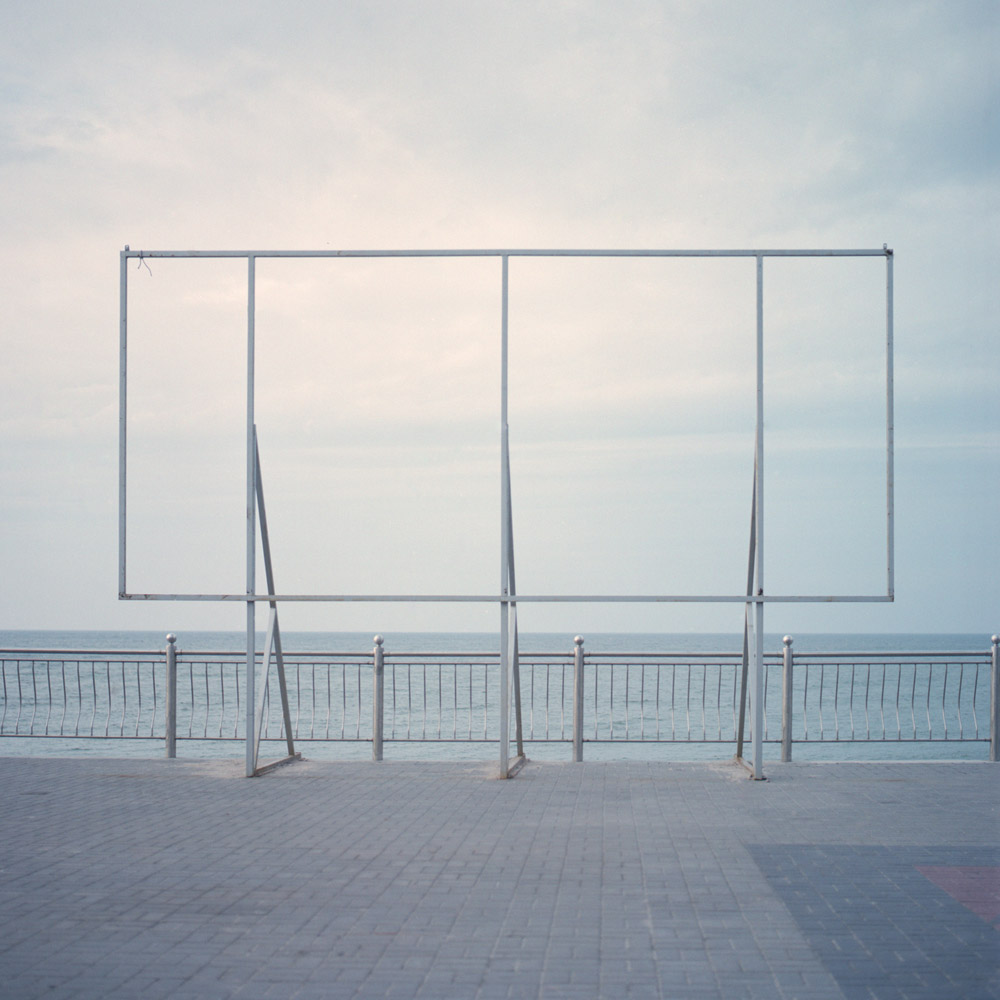 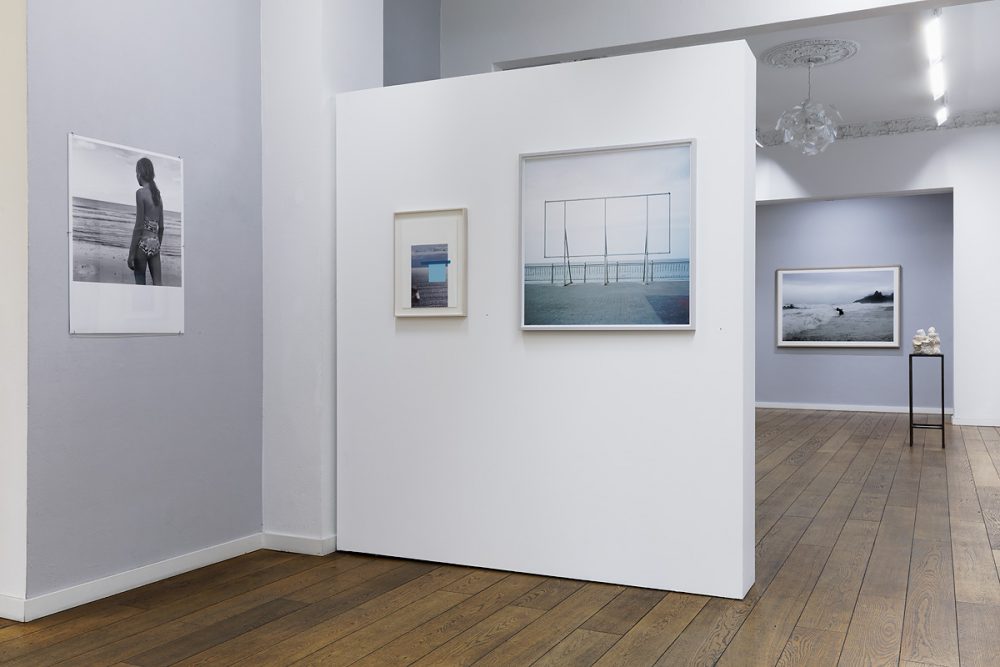 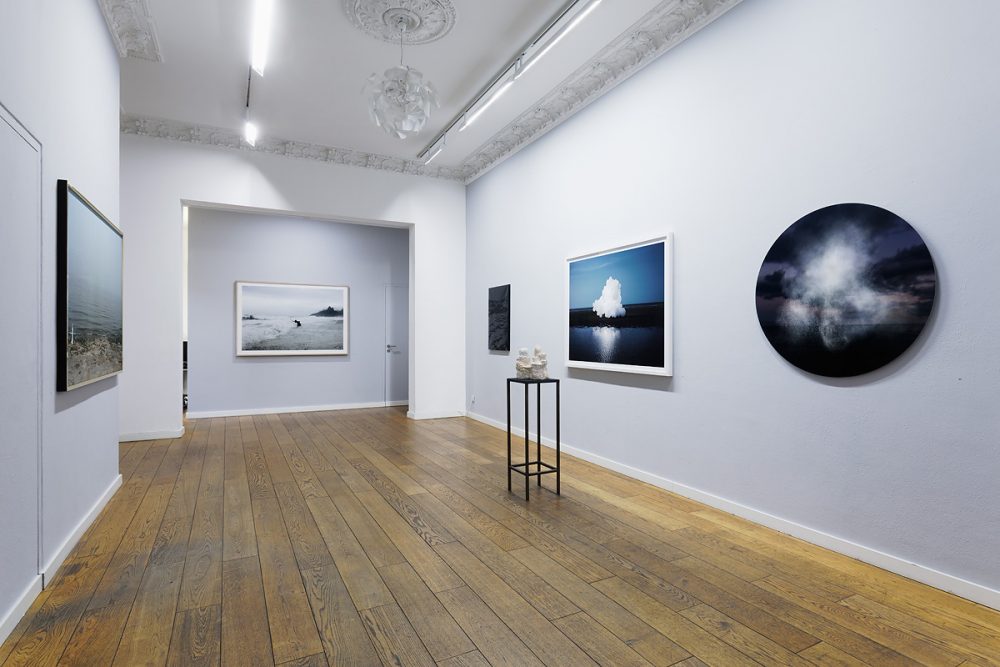 A group exhibition curated by Harald F. Theiss with works by:

The sea has been a place of longing, a mysterious, endless, and seemingly unaltered landscape since the Romantic era in particular. But today more than ever, it is a place of new dangers and realities and a sensitive ecosystem that is being progressively destroyed. The exhibition S E A P I E C E S encompasses this wide range of ideas with works by twenty-three international artists.

Besides viewing the theme of the sea in a different light, these current positions often deal with instances of bewilderment, disconcertment, or even the mysterious. The focus is not on a direct analysis of root causes, but instead on using specific artistic imagery to negotiate the sea as a bridge or barrier zone, its exploitation and use, as well as fundamental climate changes. At first glance, much is only insinuated or remains unseen, creating a nuanced sense of »uncertainty.« The exhibition S E A P I E C E S makes use of contemporary artistic considerations to examine the transformational process of seeing and perceiving this landscape.

Included in the exhibition are politically motivated works that examine current issues of flight and displacement, addressing the sea as a natural, seemingly insurmountable boundary, and, not least, as a tragic landscape. Nasan Tur shows how quickly the sea can disappear the drama. His work Sea View (2016) is based on a manipulated press image in which the artist has omitted the section of the image with refugee boats so that only a calm surface of water is visible with no trace of human suffering. In Le Belvédère Tanger (2001), Yto Barrada shows people waiting: for freedom, for work, for prosperity. All of this only seems like the distance of a strait away.

Climate change as a consequence of modern lifestyles is thematized in Simon Faithfull’s videos and Laurence Bonvin’s photographs. Whereas Faithfull symbolizes the relationship between humans and the environment in Going Nowhere 1.5 (2016), Bonvin documents the transformation of the Japanese beach landscape in Post Tōhoku (2015) and shows how the sea has disappeared behind a high protective wall as a result of the devastating tsunami of 2011.

Moritz Hirsch, Christine de la Garenne, and Julius von Bismarck play with conventional perspectives and our notion of the sea as a place of relaxation and contemplation, but also of danger and existential threat. In de la Garenne’s video DEVINIZATION (2009), the initial, tranquil scenery of a coastal landscape with fishing boats is gradually upset and turns threatening through the use of visual and acoustic interventions. Julius von Bismarck leads a futile fight against the elementary forces of the sea in his work Punishment #7 (2011): based on the legend of the ancient Persian King Xerxes I, the artist punishes the stormy sea with lashes. His action calls for a change of perspective, a deference toward nature so that we may in this way reconnect with ourselves again.

The exhibition title S E A P I E C E S alludes to the dramaturgically complex scenarios the images »describe.« The sea is transformed into a spectacle and serves as a projection screen for metaphors, simulations, manipulations, and imaginations. With its contemporary artistic positions, the exhibition moves beyond traditional representations of the sea: less interested in dramatic storm images or atmospheric sea views, the artists instead explore current social concerns of facts and fiction. Taking an alternative view of things, they question with their work what is hidden behind or beneath the water’s supposedly idyllic and still surfaces.

In collaboration with the Museum Kunst der Westküste, Föhr. A catalog is being published for the exhibition by Michael Imhof Verlag.

Harald F. Theiss is an independent curator and lives in Berlin. http://www.haraldtheiss.de/