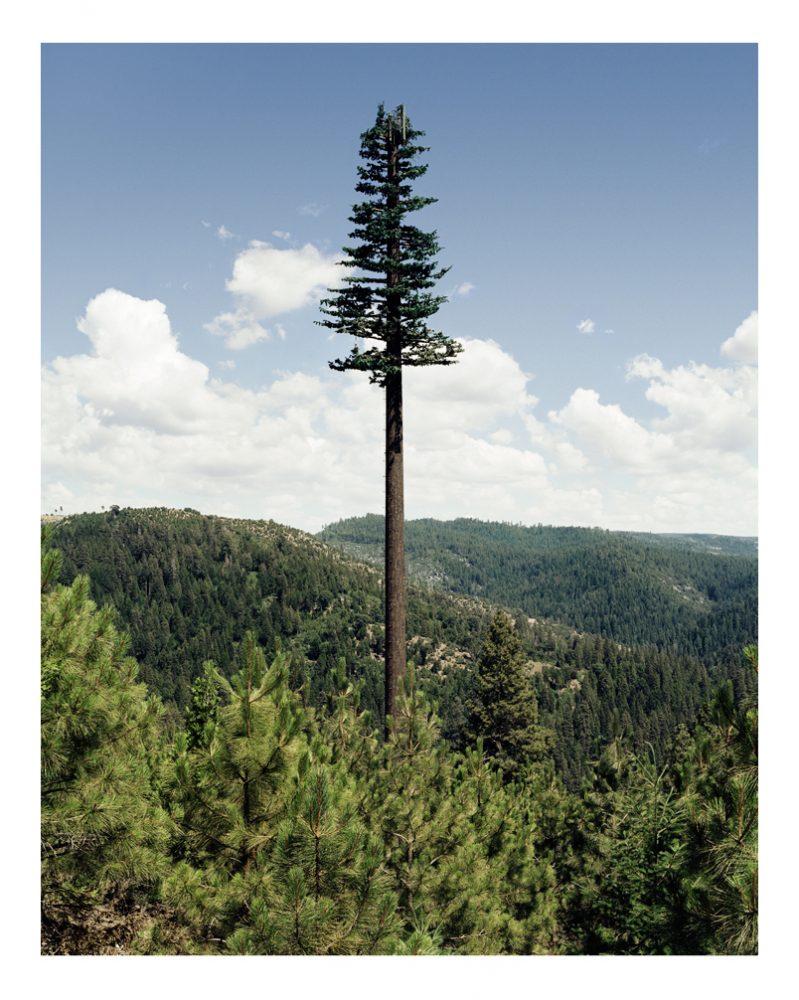 They can be found throughout the world, but they are not readily recognizable. New Trees is the name Robert Voit has given to his series of images about a species of tree that has largely gone unnoticed and whose function is radically different from that of traditional arbores. In actuality these trees are masquerading wireless phone utility poles, which impersonate trees or cacti in almost perfect mimicry.

The Munich photographer’s visual explorations are the primarily result of careful research, which now provides an account of the locations and forms of these solitary artificial trees for the first time. In the process Robert Voit has been able to locate a wide range of New Tree vegetation forms, mostly in Central and Southern Europe but also in the USA, South Africa and South Korea. Pines, alders, cypresses have been noted, as well as palm trees and conifers. With an explicitly objective style that  uses an ironic delicacy of rendering to consciously draw on the approaches of Bernd and Hilla Becher and Karl Blossfeldt, the documentary images present a bizarre natural scenario. There is no trusting one’s eyes with the work of Robert Voit. The notion of camouflage bears strange fruit, and absurdity is taken to dizzying heights.