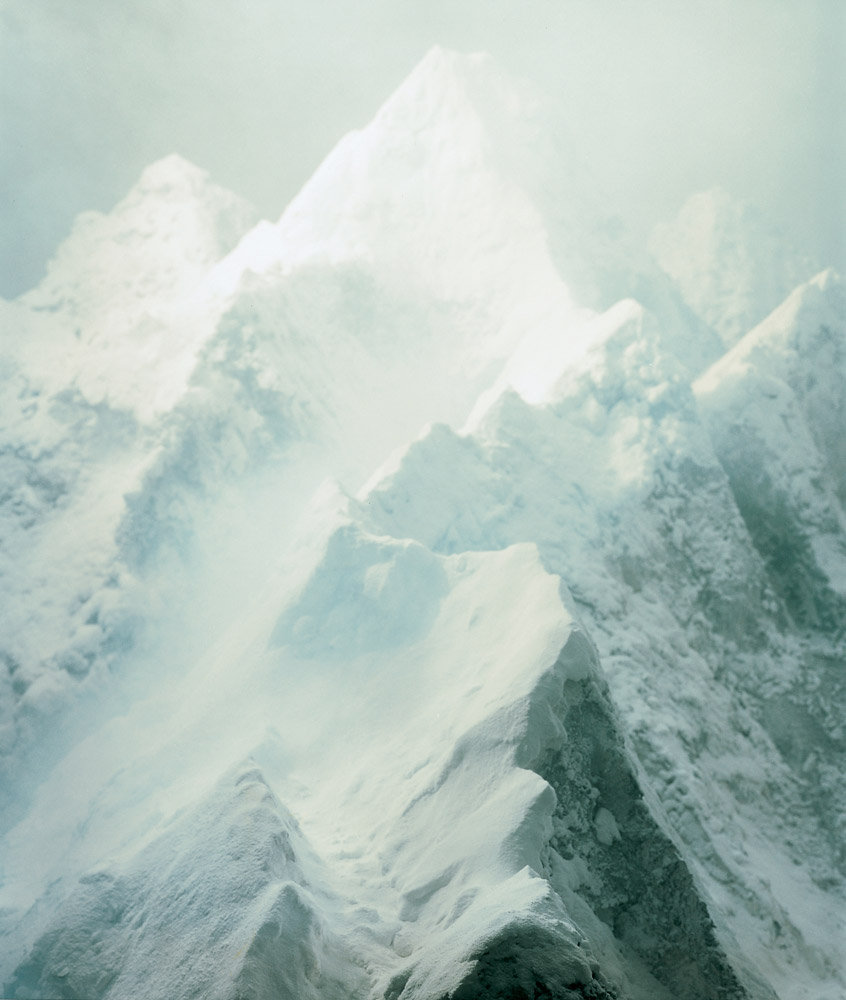 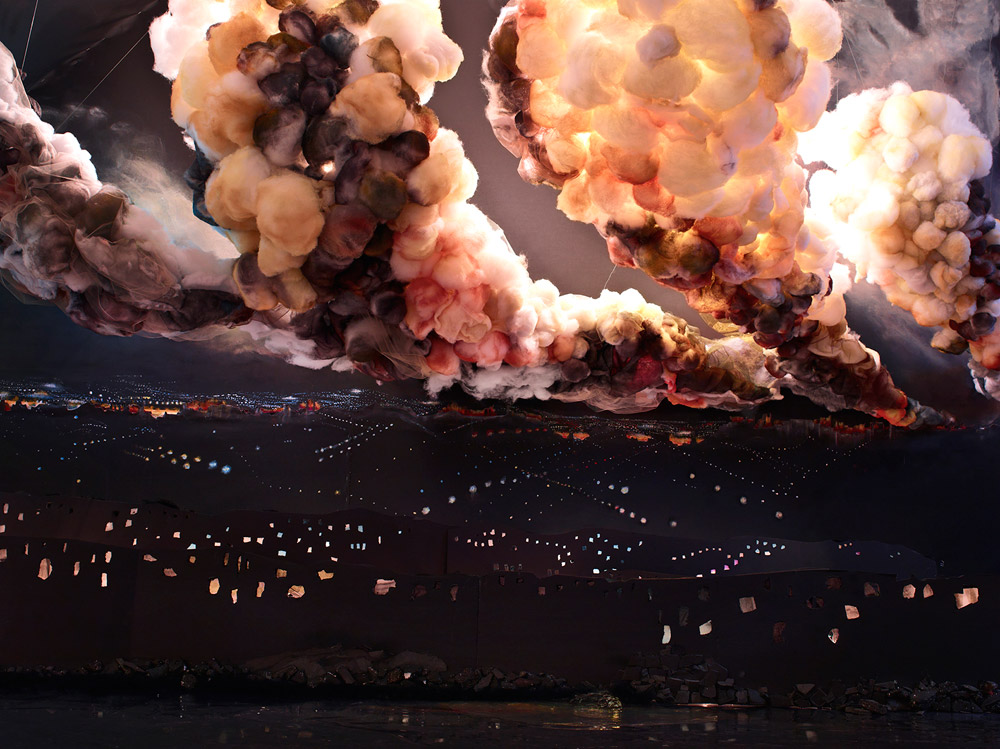 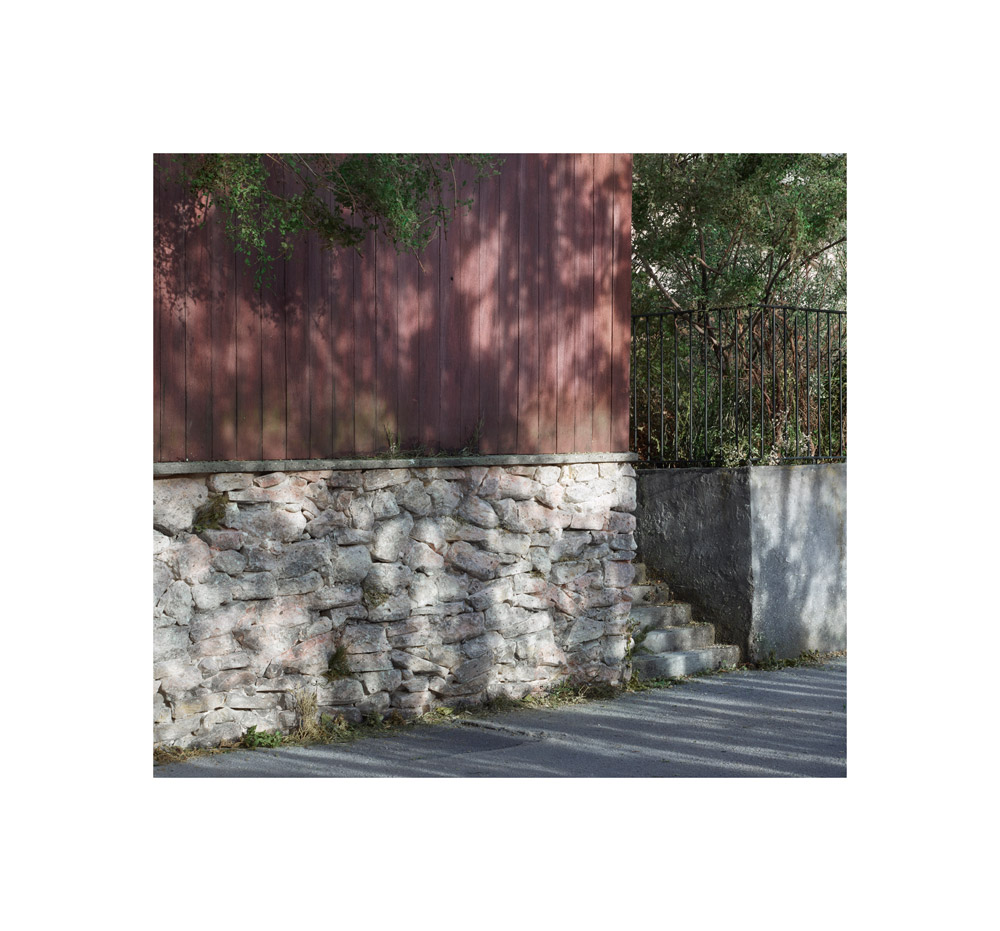 What is real and what is fake? What truths do we believe to see? Or is it all just an illusion? These questions have accompanied photography since its beginnings. Today in our contemporary media culture they play a more prominent role than ever before, and they are at the core of this exhibition, which is centered around the theme of »nature« and the imitation of the natural.

Replicating a natural form entails different problems than reproducing a human-made form, which is in itself artificial. As true masters of illusion, the artists produce miniatures of imaginary places, seascapes, snow-covered landscapes, mountains, urban spaces, and the forces of nature. It is becoming increasingly difficult to discern the model from the real in photography, which often leaves viewers with the impression of a deceptively real image of nature.

This is exemplified in Sonja Braas’ works, in which we are violently confronted with the full dramatic force of catastrophes such as volcanic eruptions, tornados, or floods. Inspiring terror and fear, these natural spectacles are also exceptionally beautiful. Referencing romantic notions of the sublime, her images are best understood as commentaries on the omnipresent flood of images that surrounds us.

Thomas Wrede presents remote, unspecified, and inhospitable landscapes in his photographs. For his works, he selects a segment of a landscape, variable in size, where he places model buildings, miniature vehicles, or small toy trees. The proportions within the image shift, giving rise to a sense of confusion on the part of the viewer.

Julian Charrière works in a similar manner, by transforming piles of earth into monumental mountain panoramas that play with one’s expectations of Alpine landscapes. However, the geo-data that form the titles of the works in his Panorama series reveal that the depicted site is a run-of-the-mill Berlin construction site, in contrast to one’s assumptions.

The nondescript sites that we find in Oliver Boberg’s images of models of nature are true non-places. He creates miniature stage sets showing the no-man’s-land of ordinary public spaces, which he then photographs. Through an ingenious and experimental use of materials and clever lighting he create scenarios that seem astonishingly real.

In contrast, Shirley Wegner consciously chooses to make the artificial and constructed nature of her models visible. She does not refer to concrete events in her large-format landscape photographs but draws from her personal visual memories. Constructed from everyday materials, her large-scale bricolages are based on places from her home country of Israel. Combining these constructions with painting and drawing, she records them with the camera.

All five artists prepare the situations and models that they photograph by hand and forgo any digital reworking of the image. Their work unfolds at the interface of sculpture, model-making, and photography, whereby the latter occupies the most significance as the work’s final form of presentation, since the constructed models are often destroyed at the end of the process. Exploring the dividing line between the real and the artificial as well as truth and deception, questioning our perceptions, and challenging our habit of seeing are all central to the approaches used by artists in the exhibition.

On the one hand, we are fascinated by this delightful play with appearances, which challenges us to visually engage with the work. We begin to search the images for mistakes, for the tipping point where what we supposed was reality is shown to be artificial, the point where the curtain is drawn to reveal the inner workings of the illusion. On the other hand, we are impressed by the artistic power of the works. The artists do not merely create a reproduction of nature but become creators themselves. Their models show a parallel world, where time seems to have stood still—a world that we explore, question, or simply admire. In this sense, the images not only sensitize us towards looking critically at what we see, but they also invite us to immerse ourselves in these pictorial worlds and their mysteries.

A joint exhibition with the Kallmann-Museum Ismaning, the Ludwig Galerie Saarlouis, and the Stadtgalerie Kiel. The exhibition is accompanied by a catalogue published by Michael Imhof Verlag.