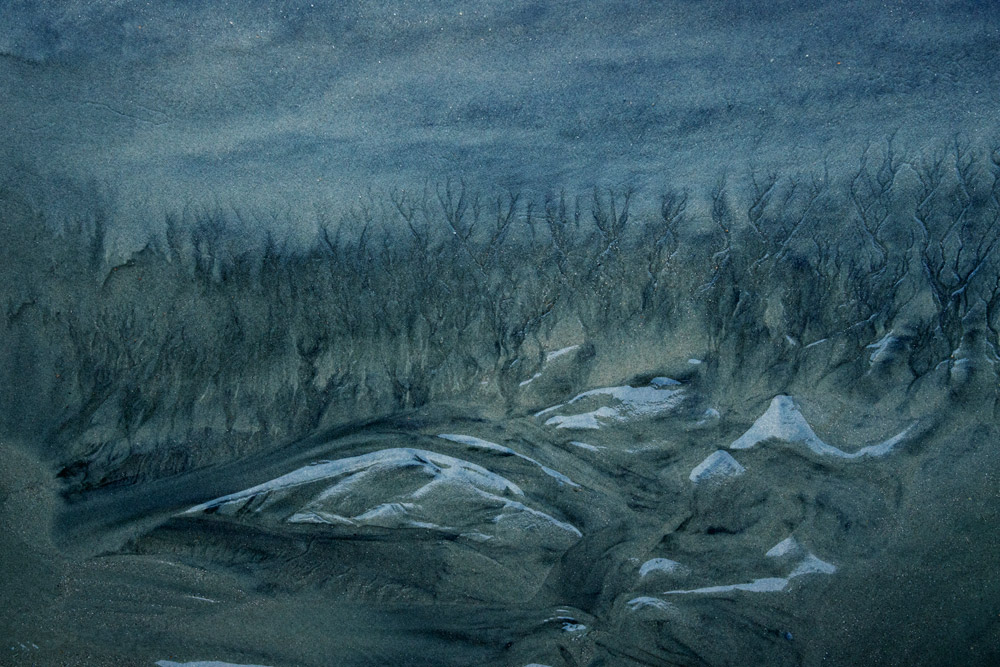 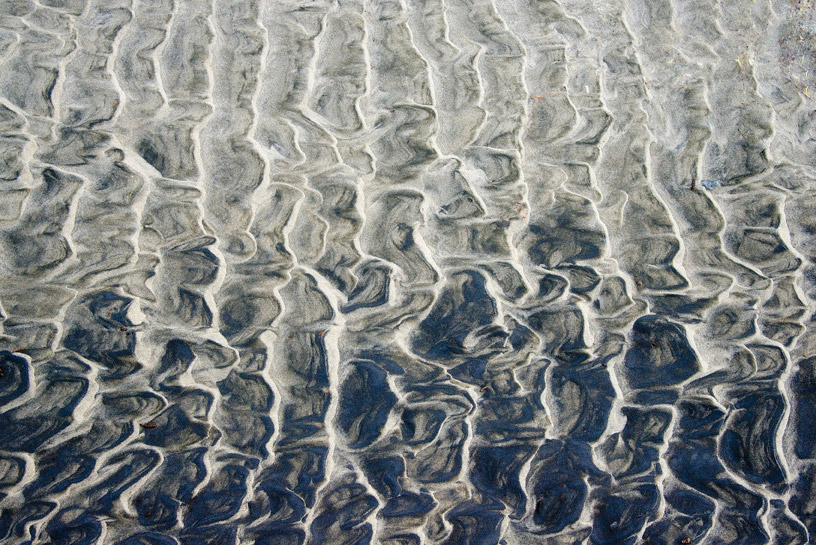 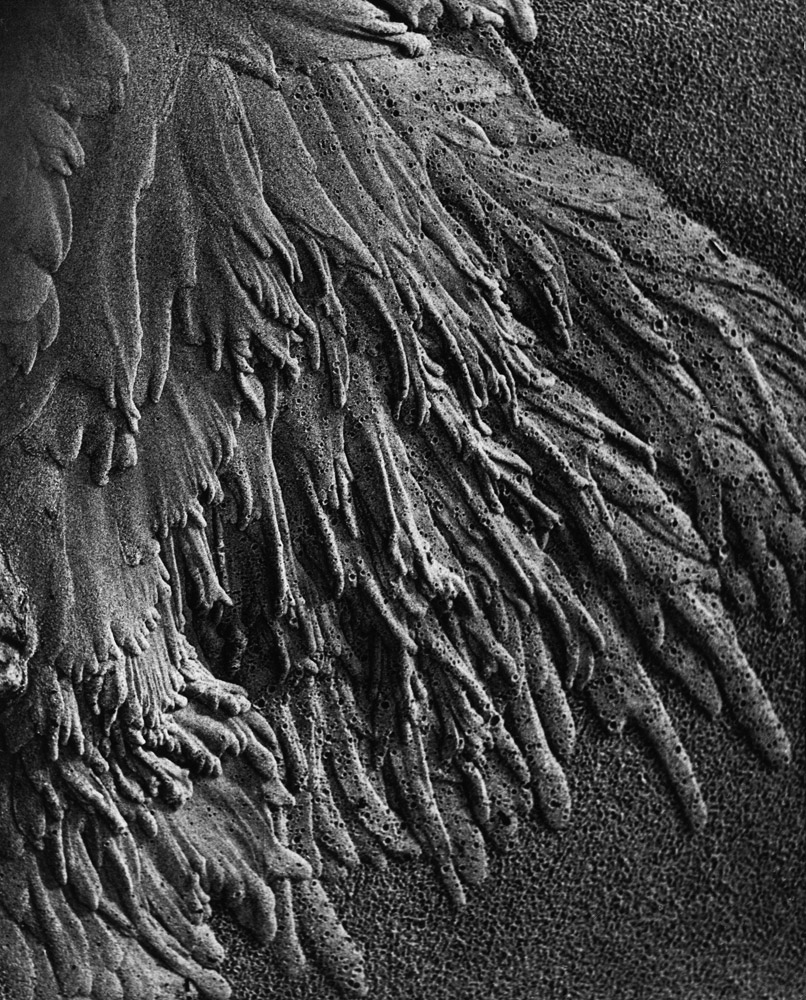 Alfred Ehrhardt’s first major photographic work DAS WATT (The Tidelands) (1933–1936) is an ode to nature. It is among the most outstanding visual achievements of the avant-garde photography of the 1930s and represents the crème de la crème of his photographic oeuvre. The artistic quality of this series remains unequalled, even among the masters of New Objectivity photography. Created during Josef Albers’s preliminary course at the Bauhaus in Dessau, the work reveals Ehrhardt’s fascination with the structures in the sand that emerged every day anew, formed by wind and water. These reminded him of his teachings on the nature of materials, in which his students were required to learn to discern the »structure, texture, and consistency« of materials. Ehrhardt’s concept for the image series was to look for the natural laws in the synergy of nature’s forces by comparing the form variations created anew each day. His typology of sandy-reef formations suggests a conscious connection between microcosm and macrocosm.

The US photographer David Batchelder (b. 1939) uses a digital camera to coax astounding sand formations out of the coastlines of the Isle of Palms near his hometown of Charleston, South Carolina.

Batchelder asserts these would have remained hidden to him using analog technology: »My ability to see has grown because I have been able to make and see many thousands of photographs. My vision has grown as a result. I see so many interesting things in the sand now that were there before, but beyond my vision.« Batchelder purposely addresses human perception: the abstracting of the nature motif, reduced to a minute amount of information, generates inner visions. It seems nearly impossible not to discover something concrete in these images. Something within us strives to see faces, figures, a landscape, or a galaxy, and yet we are only looking down on a limited stretch of beach.

Unlike Ehrhardt, Batchelder is not interested in the laws of structure, but in the chaotic, strange, surreal, non-rational, in short: the world of dreams and the imagination. Batchelder’s play-like freeness contrasts with Ehrhardt’s objective structural order—poetry versus science.

An exhibition catalog will be published.