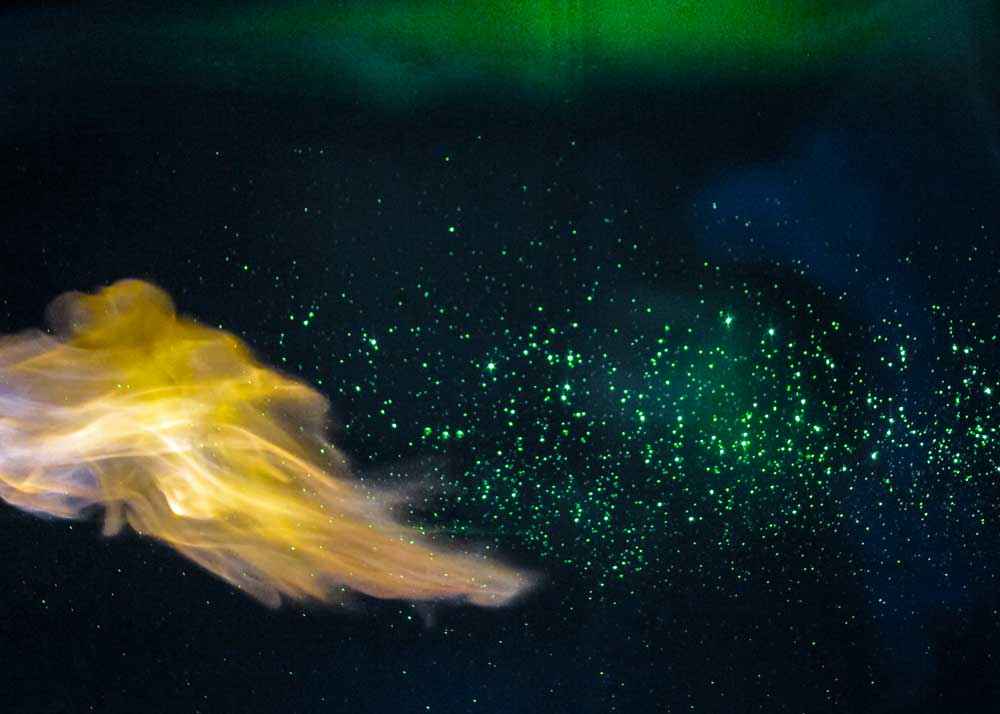 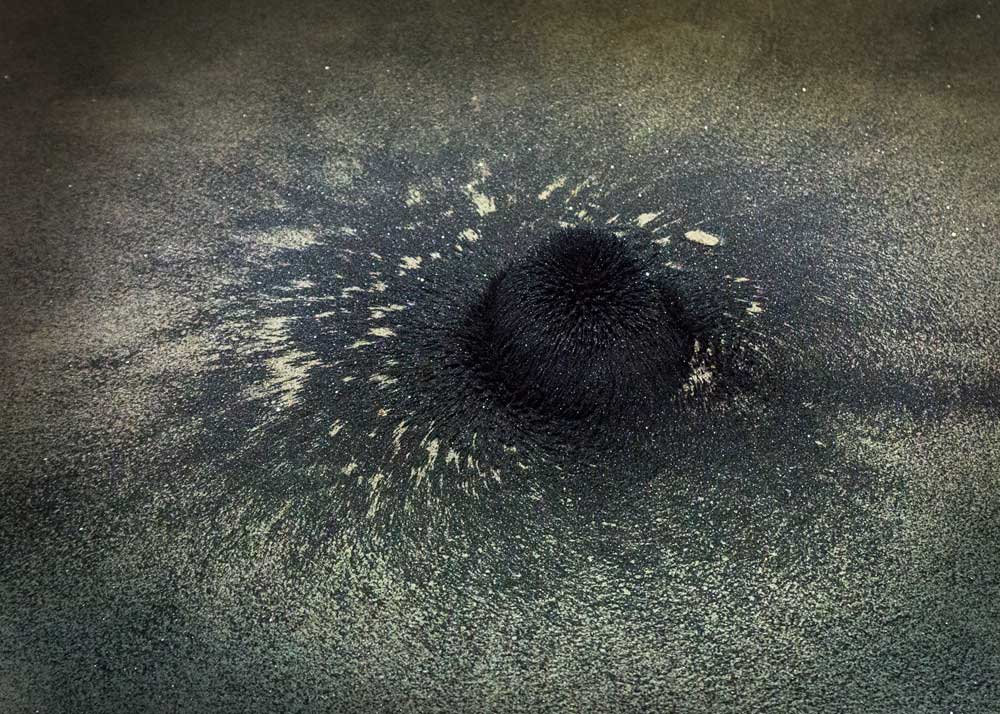 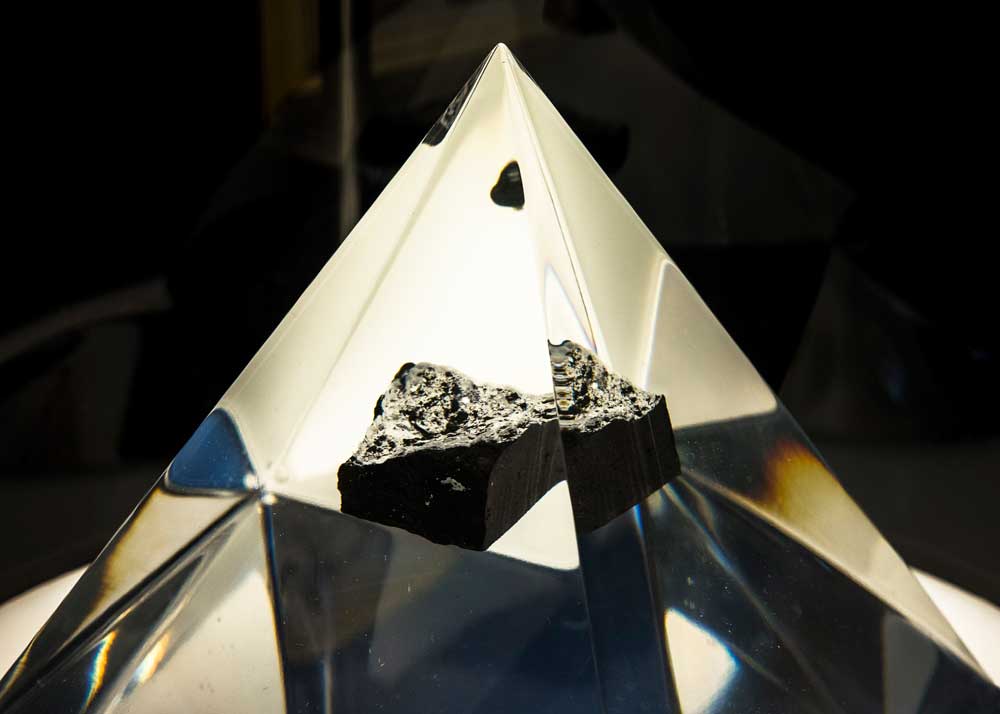 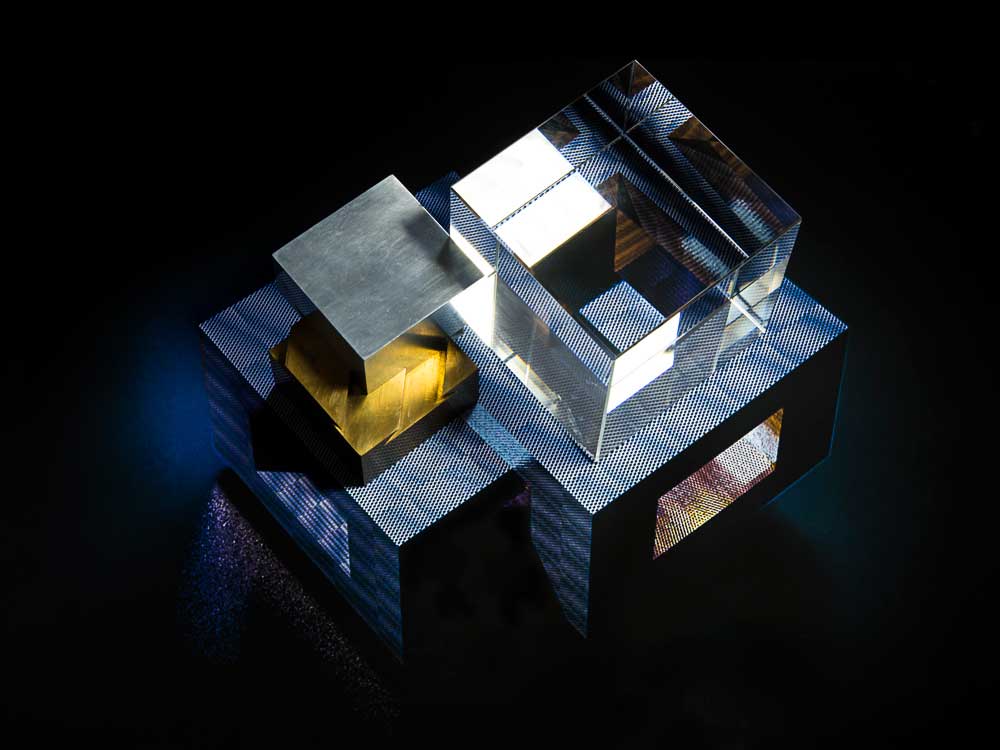 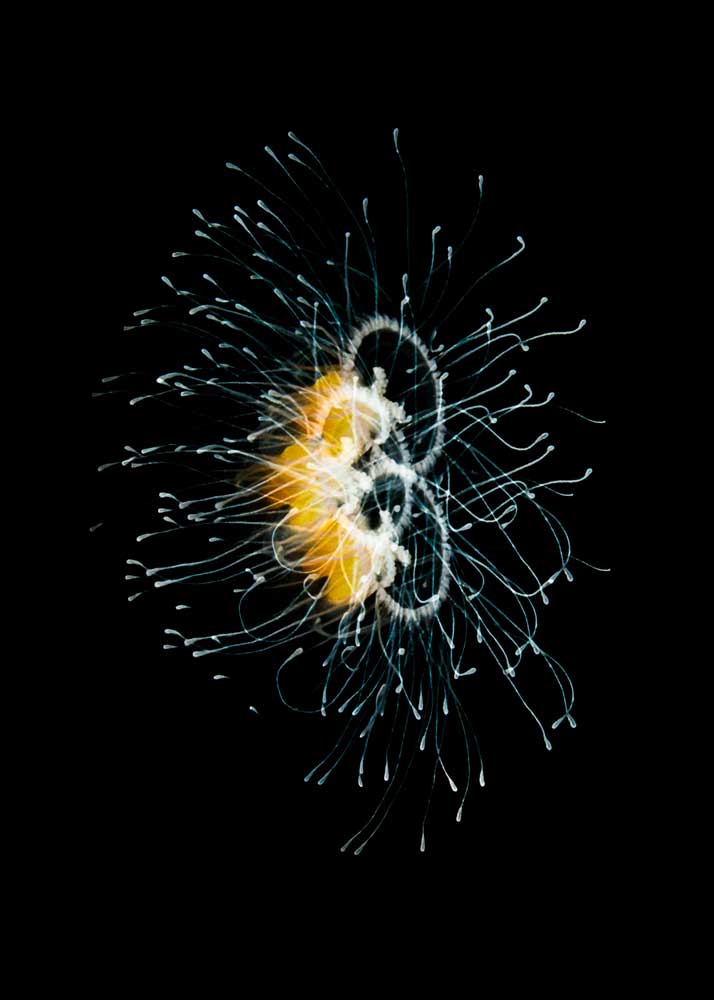 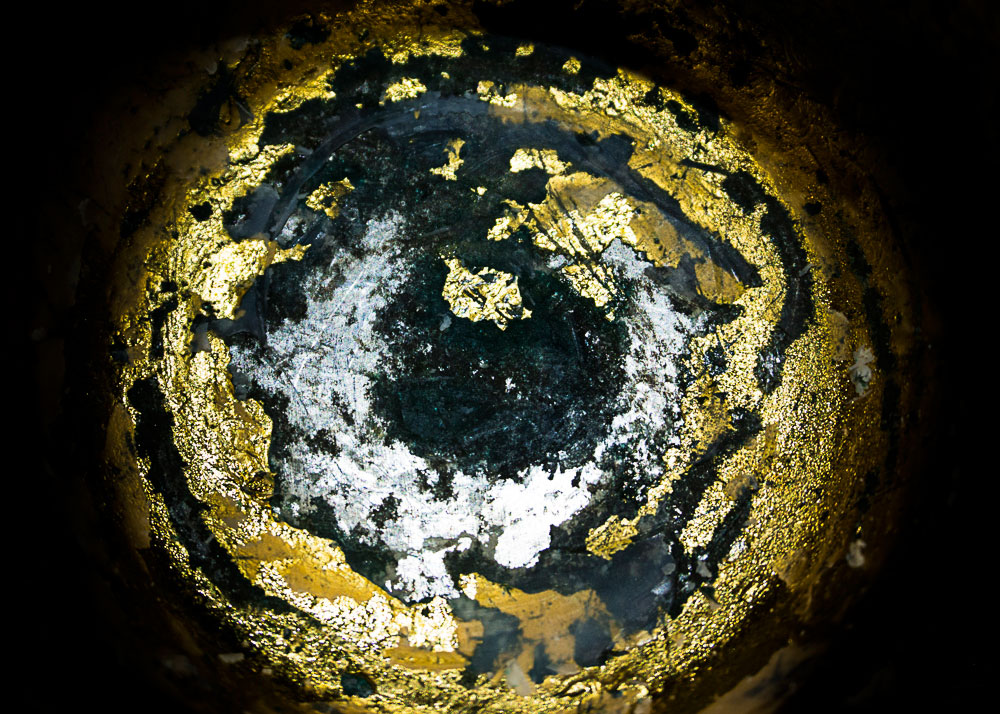 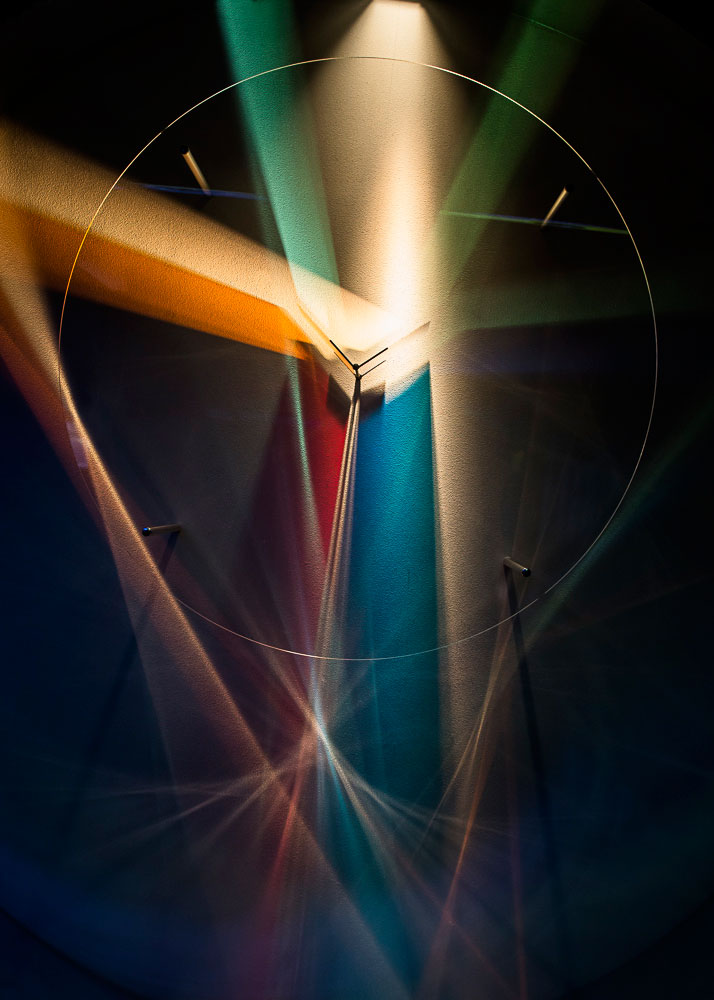 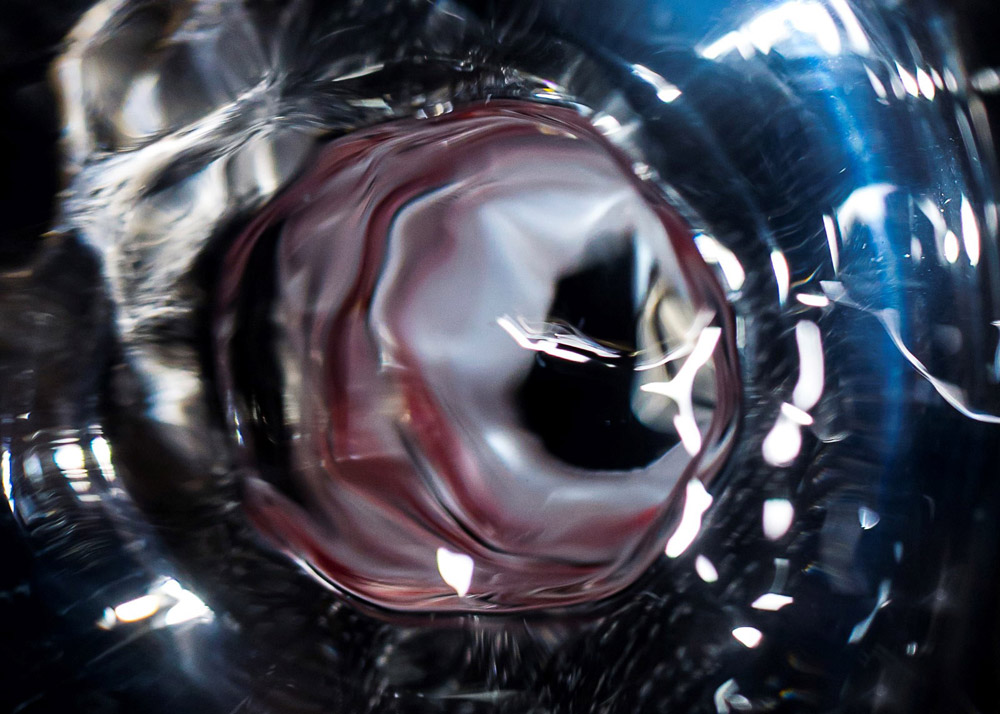 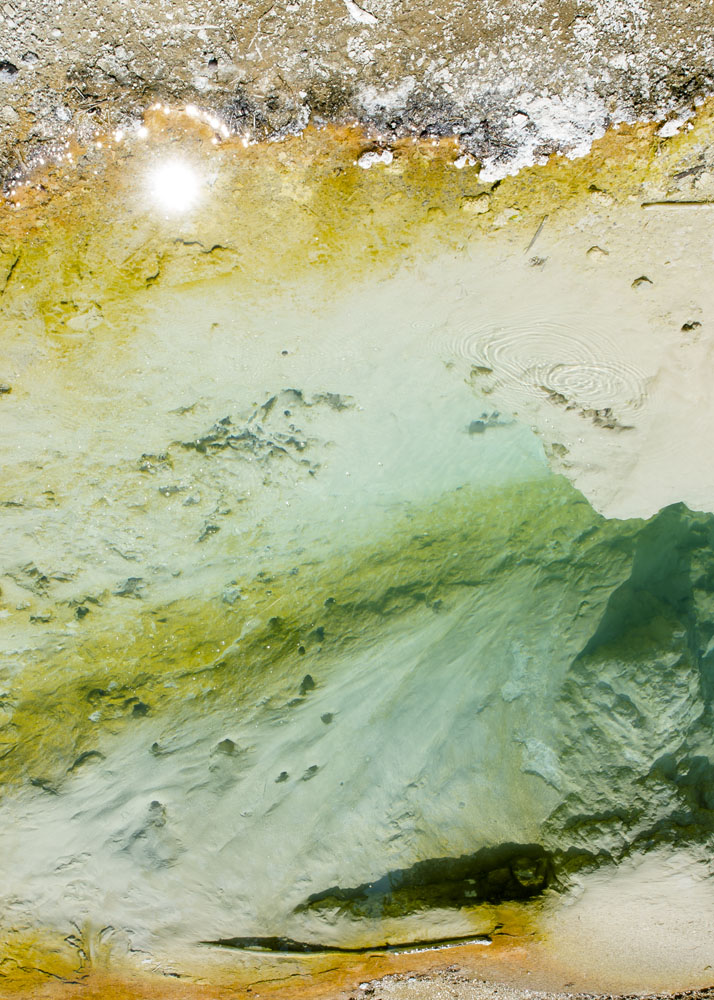 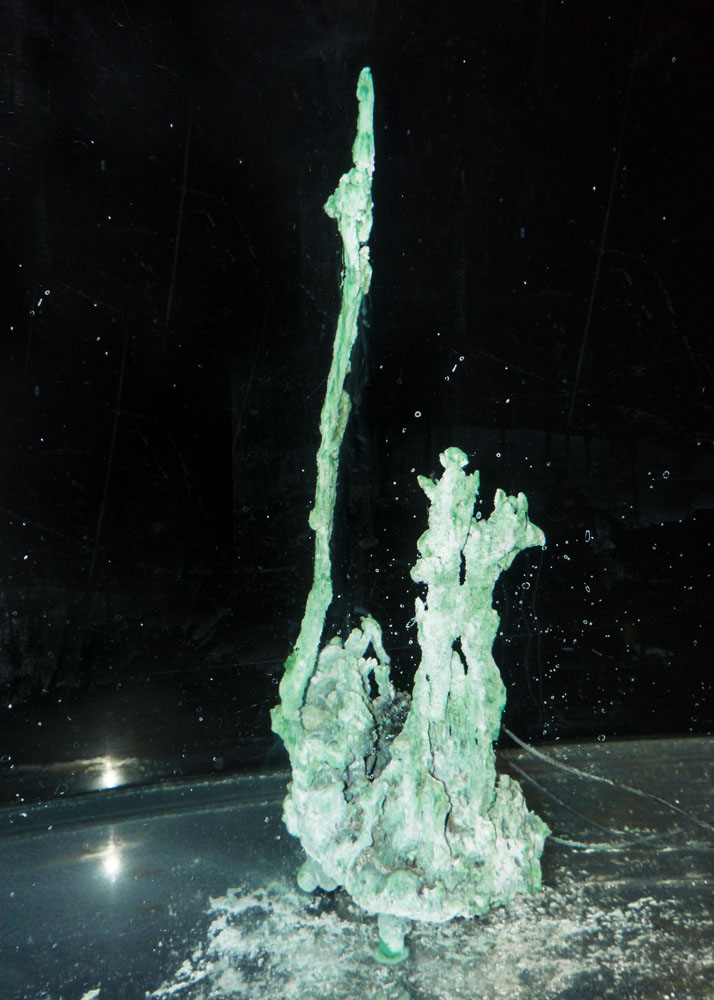 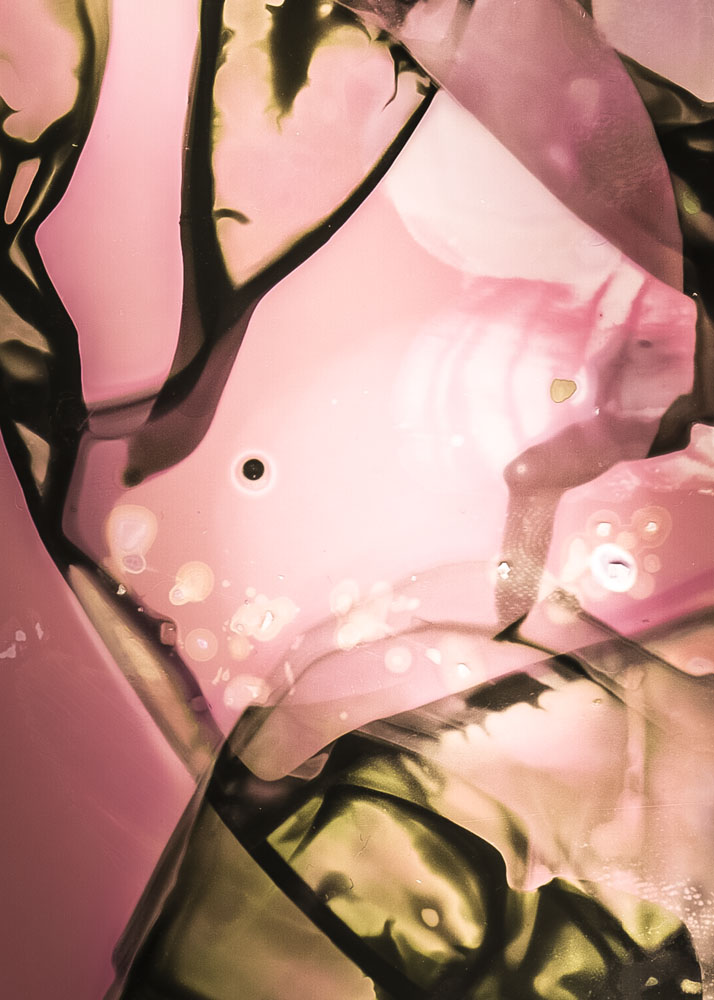 The “post-factual” nature of our age is also manifested in a growing credibility crisis in modern science. Nevertheless we are living in a phase of the Anthropocene where the global community depends more than ever on the authority of sound, scientific solutions in order to confront the complex, existential risks of the future.

Jana Hartmann’s photographs are captivating for their immense, aesthetic expressiveness. The beauty, colorful splendor, and enigmatic nature of her imagery arouse the curiosity, drawing us in like researchers striving to understand their very essence.

Central to alchemy was the study of natural substances and the associated search for prima materia. Based on the foundations of Greek natural philosophers, alchemists held that the transmutation of substances in nature was possible. It was their belief that nature strives to achieve perfection, similar to the quest of the human spirit, and thus that all earthly metals would someday turn into gold. Accordingly, they searched for a “philosopher’s stone” that would transform base metals into gold, as well as the development of a universal medicine for treating disease. For Goethe, the objectives of the alchemists were “gold, health, and long life.”

Especially fascinating for Hartmann is the alchemists’ symbolic language, something only understood by initiates. The alchemists were intent on keeping their knowledge from others and from being misused. For the artist, this guarded passing on of experimental knowledge also brings up contemporary issues of scientific ethics.

Hartmann’s photographs are not to be understood as documentations of scientific working methods, but as visual references of concepts of ancient natural philosophy, alchemy, and today’s natural sciences. The natural history exhibits depicted here elucidate how specific cultural contexts inform our scientific pursuits. She also photographed scientific experiments that allude to modern methods of transmutation. Remarkably, after the discovery of radioactivity in 1925, gold was actually produced from base metals for the first time. Hinting at this are her photographs of a particle accelerator model, a plasma experiment, or a test arrangement for converting air into water. The artist photographed not only what she encounters but also models she constructs in the studio, such as the one depicting Plato’s thesis that the earth is formed of cubes.

For the artist, the message we can take from the alchemists is a holistic view of the world, where man and nature, spirit and matter are closely intertwined. This ties into Alfred Ehrhardt’s photographic work: as a “natural philosopher with a camera,” he conveyed the image of man not as a ruler but as part of timeless nature. Both Hartmann’s and Ehrhardt’s photographs of rock formations and other inorganic natural materials demonstrate this kinship.

MASTERING THE ELEMENTS provides an opportunity to reflect on the directions and responsibilities of modern natural sciences. Her imagery attests visually to the fact that science must be continually renegotiated, that experiments may fail, and that an ultimate truth does not exist. Today attempts are being made to solve the riddle of quantum physics. And what will be the focus of tomorrow?

A catalog published by The Eriskay Connection in Breda, NL will accompany the exhibition.