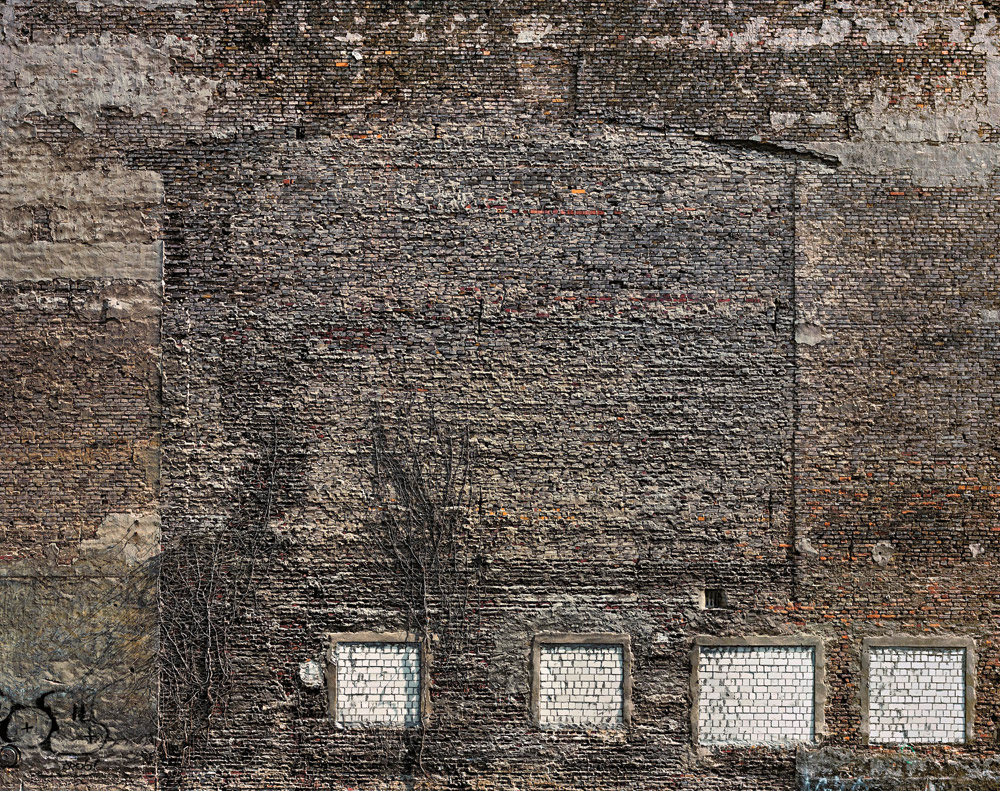 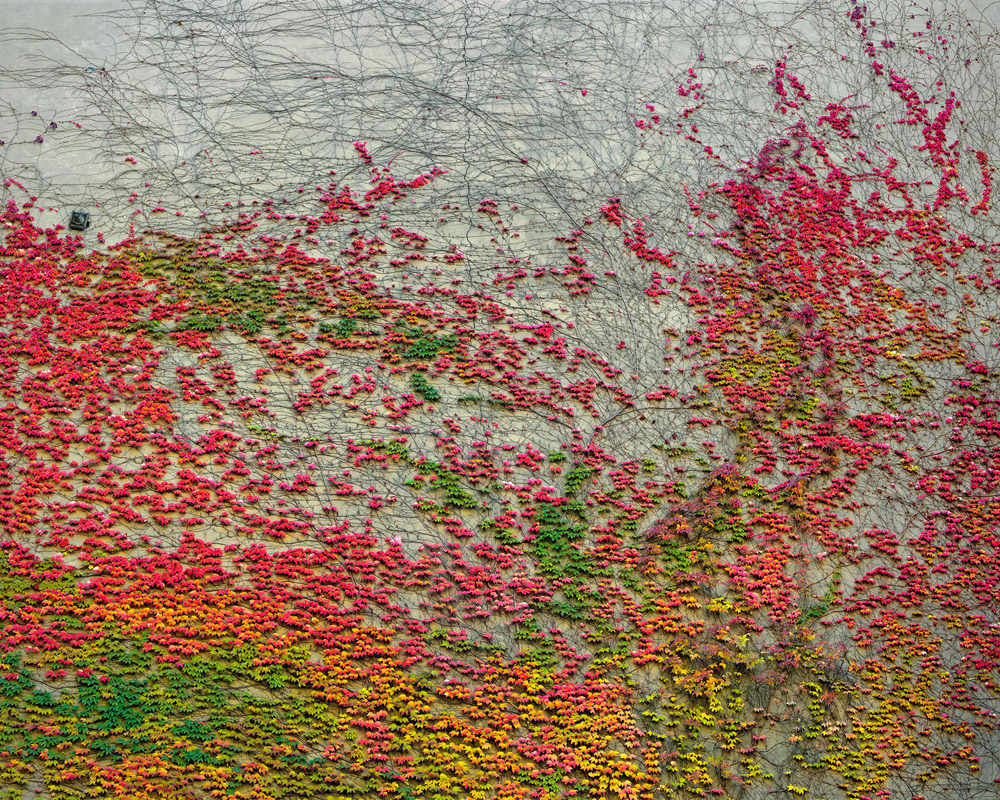 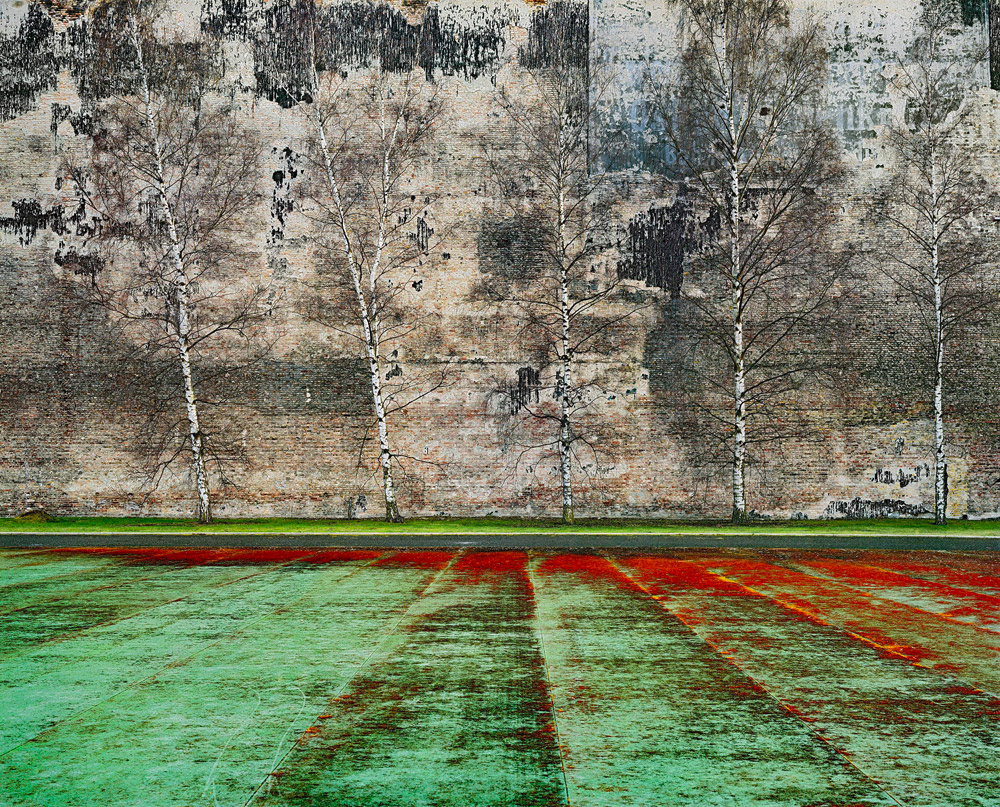 Harf Zimmermann, born in Dresden in 1955 and raised in Berlin, experienced the ruins and gaps in the urban landscape of the postwar period, when European cities continued to bear the scars of World War II for a long time. In his monograph BRAND WAND (engl. fire wall), published in 2014 by Steidl, the photographer describes the barren fire walls in Berlin, as a »sea of bricks« and as »testimony to catastrophe and failure.« In the accompanying text, his colleague Robert Polidori writes: »Over time I’ve come to realize that these images are really the visual background chours of Harf Zimmermann’s personal life history. […] Harf has personally lived through all of the changes Germany has experienced over the last sixty years. When we consider the unfolding of that uneasy history, we see that it is not a sequence of consistent progressions but rather an evolution of breaks and discontinuities punctuated by cataclysms.«

Ever since completing his studies at the Academy of Fine Arts Leipzig and his thesis project with Arno Fischer, entitled Hufelandstrasse, 1055 Berlin (1987), Zimmermann has been taking photographs with a large-format camera. For over twenty years he has been traveling with this heavy device to places such as Berlin, Leipzig, Dresden, and Warsaw, searching for traces of his own history written on these immense walls marking the end of a block of buildings or an empty lot: advertisements from the pre- and postwar eras, make-shift repairs, graffiti from the 1990s, contemporary restorations, or all of these things combined. Some walls are covered with grass and ivy, and trees have planted themselves in front of them and at some point grew higher than the building. Ignored or unnoticed by most, these remnants of destruction sometimes have the appearance of abstract paintings.

»The traces, which had lasted for decades, were overgrown in the blink of an eye, as if in the last few minutes of history, by countless new layers. As if there was a competition to obliterate, to overpaint. If we were speaking about trees or drill cores from the arctic, the rings closest to the top would show the rapid climate change of the last years.« (Harf Zimmermann)