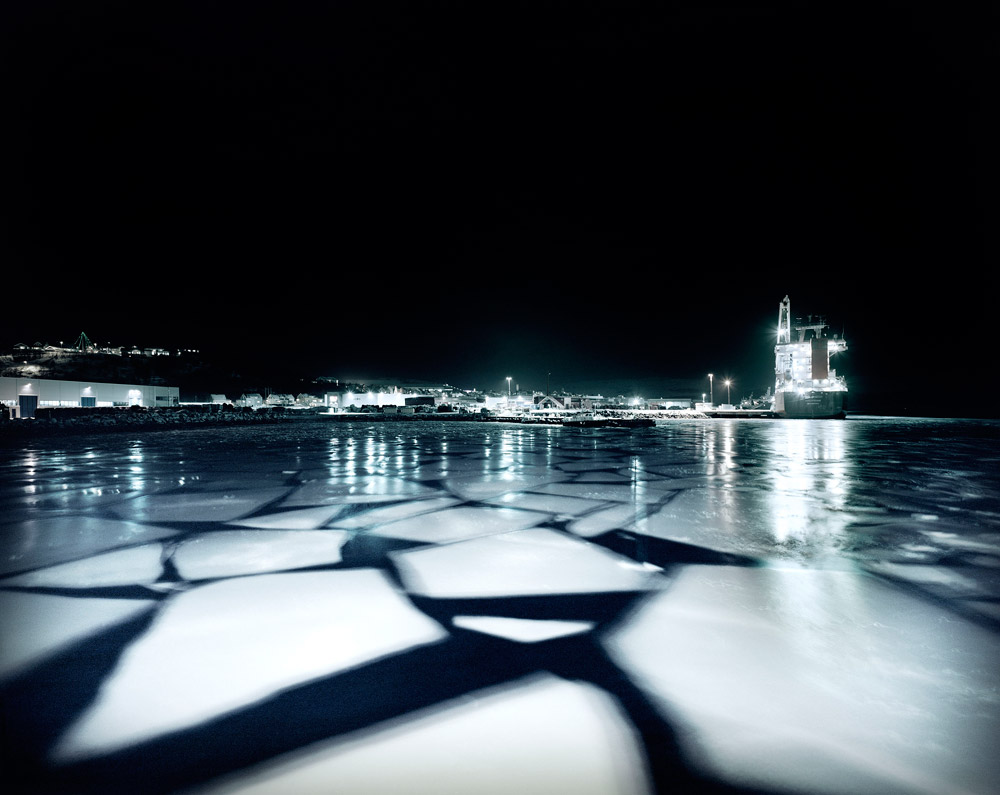 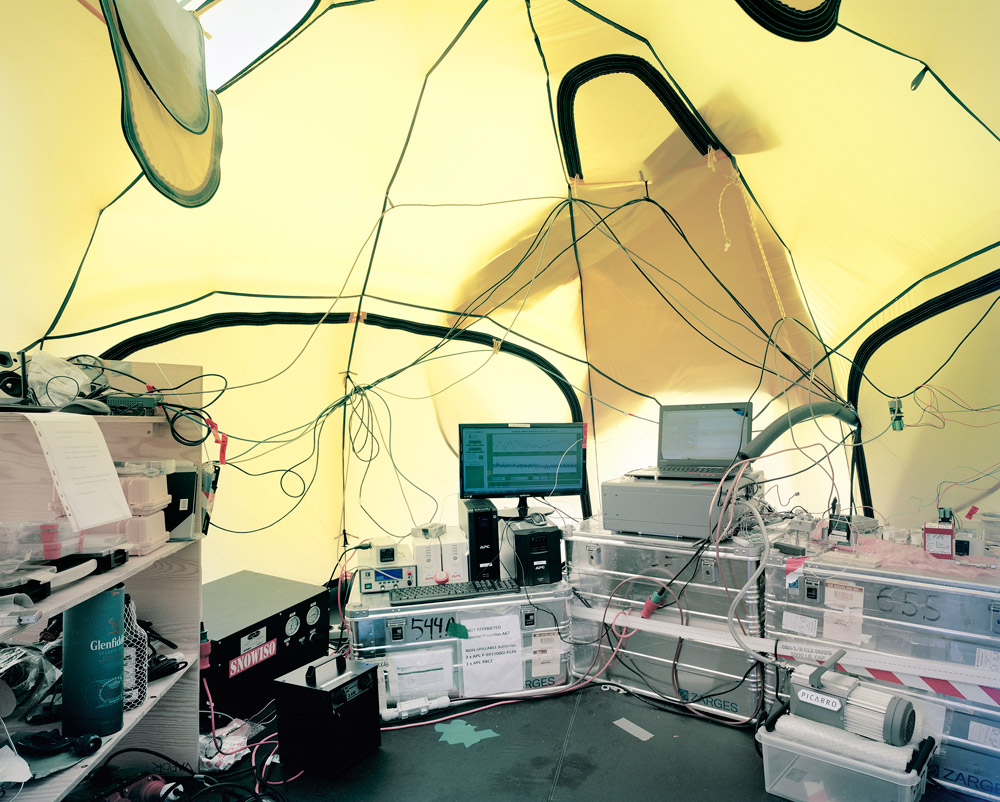 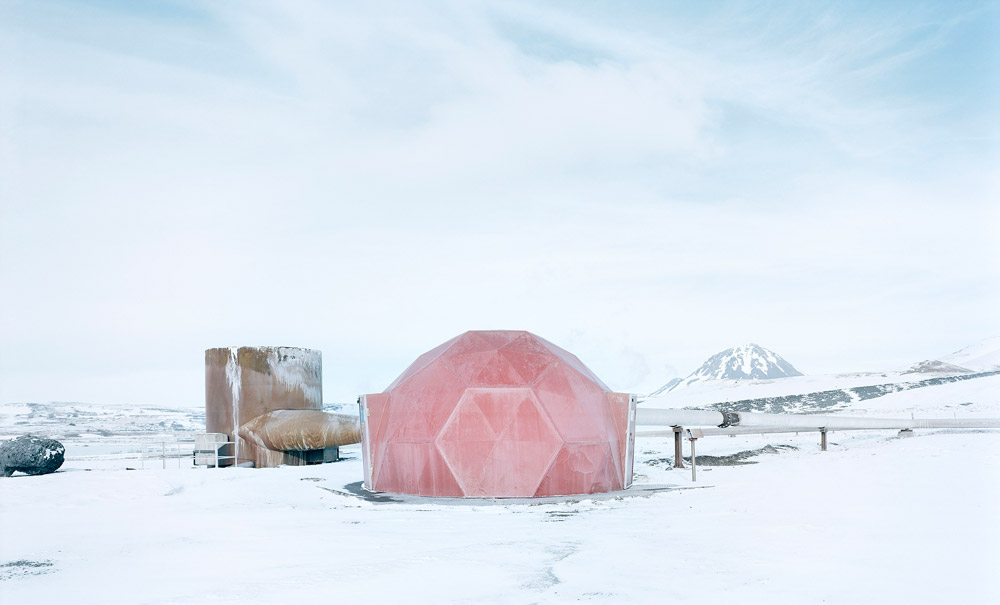 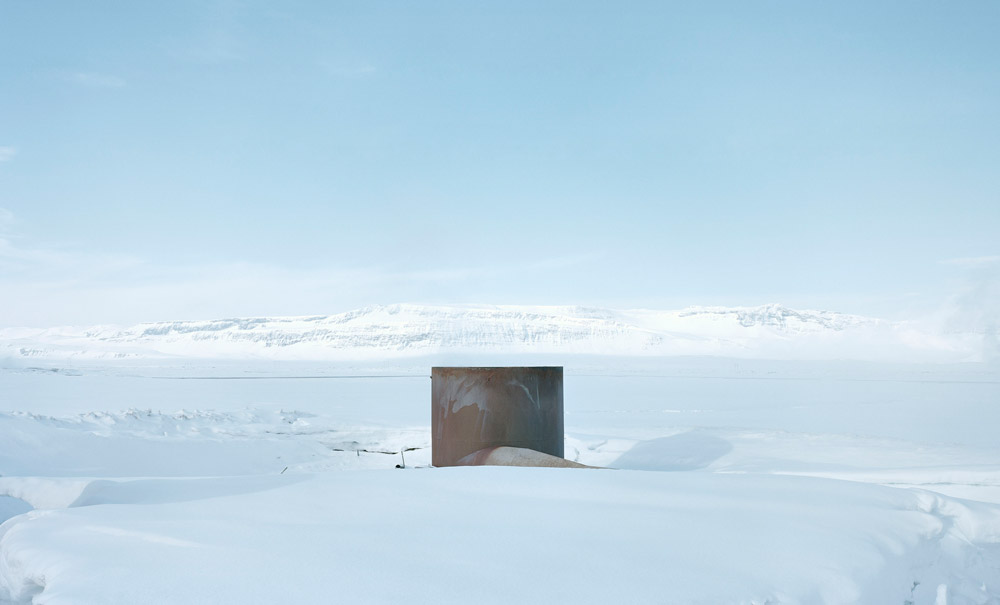 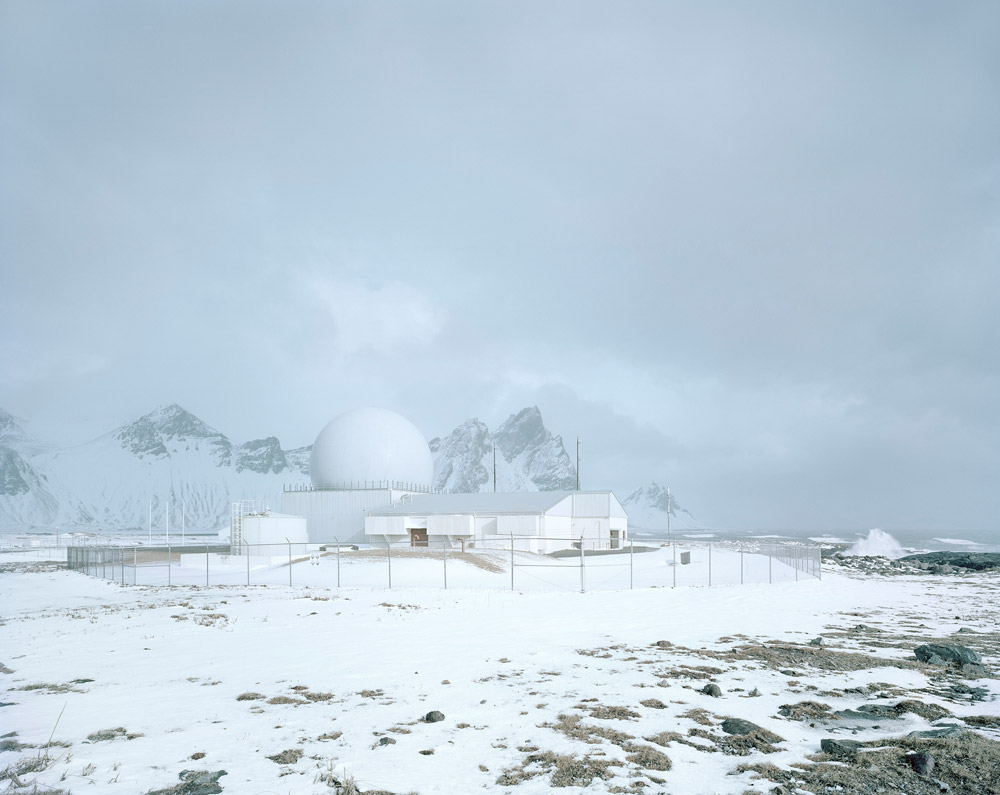 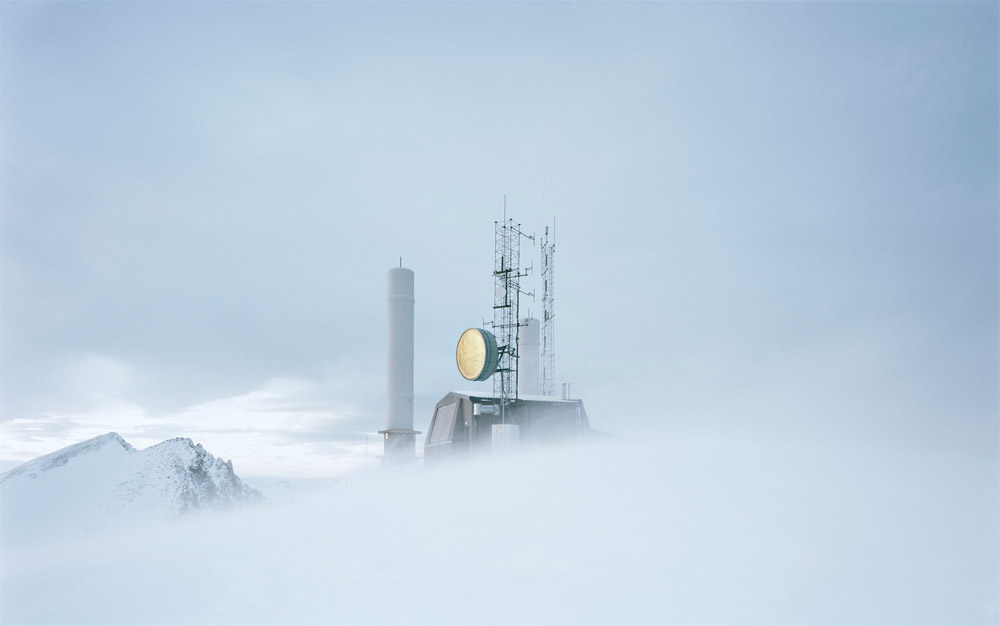 Gregor Sailer (b. 1980 in Austria), known for his complex, long-term projects, spent the past five years focusing extensively on the Arctic. He took analogue photographs in Canada, Norway, Greenland, and Iceland, but also in Great Britain, working in temperatures as low as -55 °C. A large part of the photographs was even taken in restricted areas, to which he was finally granted access after months of organization and approval procedures, some of which lasted for years. Sailer’s new series of works, The Polar Silk Road, takes up climatic changes in the Arctic regions, how these are exploited economically, as well as the territorial aspirations of bordering countries.

First coined by China, the term Polar Silk Road alludes to the myth of the Silk Road. The opening of a new North Pole trade route would have massive economic advantages for any great power that succeeds in imposing its agenda there. Such geopolitical tensions dictate the expansion of military structures and research stations with a variety of different research focuses including climate change, the Aurora Borealis, or space climate. However, global warming is and remains the main driver behind all current North Pole developments: ice is retreating, borders, including those previously established by nature for mankind, are shifting, additional shipping routes such as the Polar Silk Road are emerging, and new sources of raw materials are becoming accessible.

As politically explosive as this topic may be, Sailer sees himself first and foremost as a photographer and artist who focuses on narrative and on image aesthetics and composition. The muted colors and pared-down nature of his images convey the ostensible calm of an icy world—one that a storm has brewing over for quite some time.

Gregor Sailer’s working method involves meticulous research and dealing at times with indiscriminate bureaucracy. Created between 2017–22, his series The Polar Silk Road is remarkable in that he was granted—thanks to his powers of persuasion and perseverance—access to restricted areas overseen by various military and research organizations so that he could take photos there. Created are unique images of places that otherwise remain hidden.

The project, in which the photographer travelled with his analogue view camera, became an enormous challenge not only as a result of the extensive preliminary work, but also because of the Arctic’s unpredictability. “The high technical quality of the image grain and its charm are appealing,” explains Gregor Sailer in describing his work with the large-format camera. “The purely mechanical technology allows me to work longer hours outdoors. The weight of the camera allows me to produce sharp images even in a storm and with longer exposure times.” However, analog photography demands enormous concentration—especially since most of the images were taken under a certain amount of time pressure: “One composition, one image. If there’s a mistake, the image is lost.”

The exhibition is part of the EMOP Berlin – European Month of Photography. The book The Polar Silk Road is published by Kehrer Verlag, 272 pages, with 143 illustrations and texts in German and English, €58.00. The book is available in the exhibition.