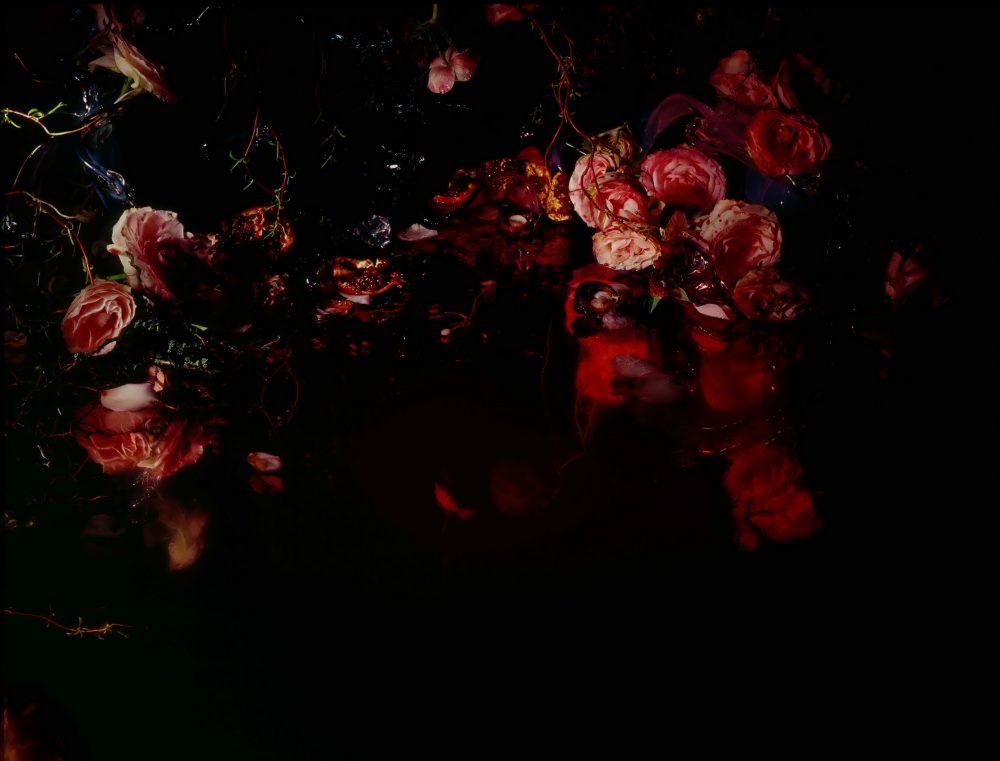 Beauty and transience, love and death. Hardly a living thing is used more frequently to symbolize these themes than the flower—even contemporary photographers repeatedly take up this century-old motif. For this reason the Alfred Ehrhardt Foundation is introducing its first exhibition to survey this theme. Presenting the exemplary work of 18 international artists and photographers, this selection brings together a great variety of approaches within contemporary flower photography. The artists are joined by a deep fascination for flowers and their manifold meanings as well as an attempt to relate this traditional topos to the present.

Sometimes we are immersed in an illusionistic visual realm, and sometimes we are confronted with a puristic visual stringency, but the fundamental tone is that of vanitas. More than almost any other flower, the rose represents the dualism of love and death, for example through its symbolic significance as an “eternal bond” between to lovers, even beyond death—and thus this motif also appears in a number of works exhibited. Within the symbolic mélange of love, innocence, and transience the rose is repeatedly also associated with the Virgin Maria, as in the depictions from previous centuries, which show the biblical figure in a rose garden.  According to an old legend, roses had no thorns before the Fall of Man, and given that Maria was free of Original Sin, there emerged the visual type of the »Rose Madonna,« who could not be harmed by the flower’s thorns. In contrast, the red color of the flower also makes reference to the Passion of Christ. Among the ancient gods, Aphrodite, or Venus, was considered a rose goddess; her rose grew from her own tears shed for Adonis, her murdered lover. One might say that out of Aphrodite/Venus came the heavenly Maria, who is still associated with the motif of the rose, also through the prayer of the rosary.

Historically, different types of flowers such as lilies and tulips, have been linked to comparable symbolic meanings–through the intentions of artists as well as later interpretations of the images.

Flowers and blossoms, also those of grasses and trees, appear in highly varied contexts within contemporary photography. The compositions have a delicate force that is compelling in the conveyed sense of narcissism and vulnerability, the use of reduction and opulence, the exposure of a millisecond or that lasting several days. They bring to light what we have forgotten to see or cherish: natural beauty and its visual power. (Text: Dr. Matthias Harder)