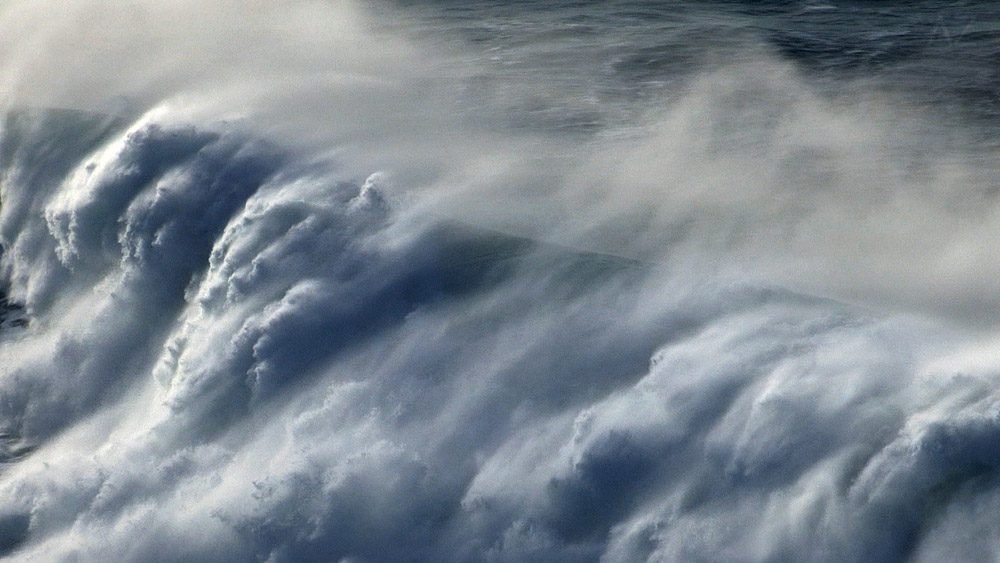 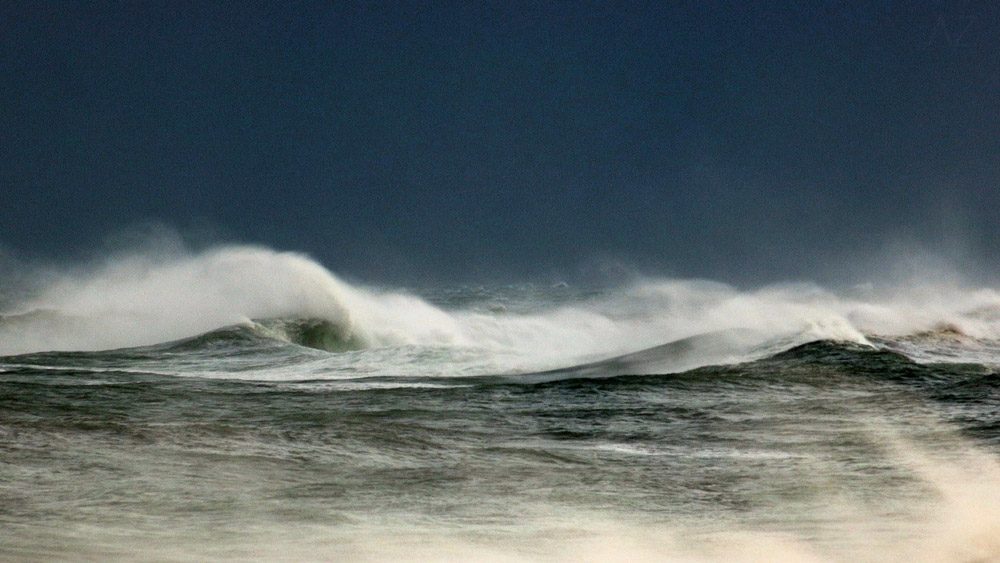 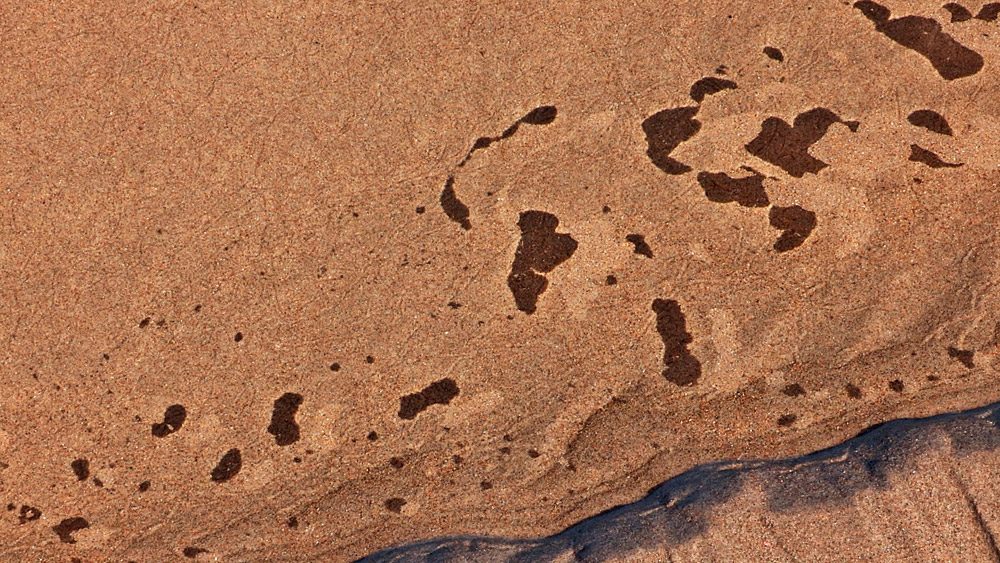 Andrej Zdravič’s film installation Ocean Cantos represents the first exhibition of the Alfred Ehrhardt Foundation dedicated to a contemporary filmmaker and sound composer. Zdravič shares with photographer Alfred Ehrhardt—also a filmmaker and musician—a passion for music and nature, in particular for the observation of the patterns and the chaotic powers of the sea.

With his perception of sound and visual rhythm, Zdravič developed a distinct cinema language that engenders, in his words, an intimateexperience of the energies and spiritual aspects of natural phenomena: »I have always been fascinated by, and challenged to project in my films the therapeutic energy of movement in nature that contains fundamental principles and a great narrative potential. Water has always held a special place in my heart, and I have kept returning to it, studying it over the years, which resulted in films such as Riverglass—a poetic river ballet to the music of natural sounds. The ocean in particular fascinates me, its rhythms and ever-changing moods seem to reflect the breath of inner space. My films Ocean Beat, Origin, Water Waves … are the result of this continuing desire to understand and see better the grand forces of nature and the message they portend for humanity.«

Ocean Cantos is a continuation of Zdravič’s explorations of the ocean, »conceived as an evolving series of short films« from diverse locations in the world. The exhibition presents the premiere screening of the first volume of Ocean Cantos, which was filmed on the Pacific coast of California (2013) and on the Cantabrian Sea shores of Northern Spain (2014–15). Consisting of three simultaneous sound/film projections, the installation focuses on the immense power of ocean waves and arouses the physical sensations that one feels when closely observing the sea in real life—the experience of pulsating energy, the contrast between the peaceful calm and the implicit danger emanating from the sea. In the darkened space of the Foundation the viewers are immersed in the expanses of ocean horizons, changing in appearance with the alternating rhythms of the waves and light. In another instance, the camera playfully follows the shadow of a fine layer of sand floating on the water, conveying the vitality of nature in the microcosm.

»Andrej Zdravič began making films in 1973, inspired by his passion for music and for nature which forever marked his work…. In the course of his many journeys, the filmmaker explored the spectacles of the planet to rediscover an innocence of the eye by elevating natural elements to an emotional leitmotiv. Are we to see in Zdravič a manifestation of new age cinema, an allegiance to a pagan ritual, or a metaphysical reflection of a sage amidst a world that went mad? In any event, we are taken by the magnificence of the images heightened by delightful sonorities, mixing music and natural sounds. The films of Andrej Zdravič are a liturgy from which we emerge appeased, for we return from a different world, a world where the energy is spectacle; illuminated, imbued with—alas, too evanescent—serenity.« (Jean-Michel Bouhours, Centre Pompidou, Actualités 2, 1994).

Andrej Zdravič (*1952, Slovenia) is an experimental filmmaker and sound composer who studied at the University of Ljubljana and the State University of New York/Buffalo. From 1975 to 1997, Zdravič lived and worked in New York City and in San Francisco. He has taught at the University of Wisconsin/ Milwaukee and the San Francisco State University, and has lectured at some 30 other universities, including Stanford University, Royal College of Art London, University of Milano (Bicocca), University College Falmouth, U.K., and the Academy of Fine Arts in Ljubljana. His films have been featured in over 150 solo presentations in the US and Europe, including retrospectives at Deutsches Filmmuseum, Frankfurt, Anthology Film Archives, New York City, Centre Georges Pompidou, Paris, and Kinoteka, Ljubljana. He is the recipient of several awards, including the Prešeren Fund national art award (Slovenia). Among his most important permanent installations are the 7-channel video installation Water Waves–Time Horizon at the San Francisco Exploratorium, The Museum of Science, Art and Human Perception (1993/2013) and the 8-channel video installation Ocean Lava, with which he represented his country at the Venice Biennale in 1999. One of his most recent long-term exhibits is the 3-channel HD film installation The Forest–Time Triptych, on view at the Triglav National Park Centre in Trenta, since 2011. Zdravič lives and works in Ljubljana and elsewhere in Europe.