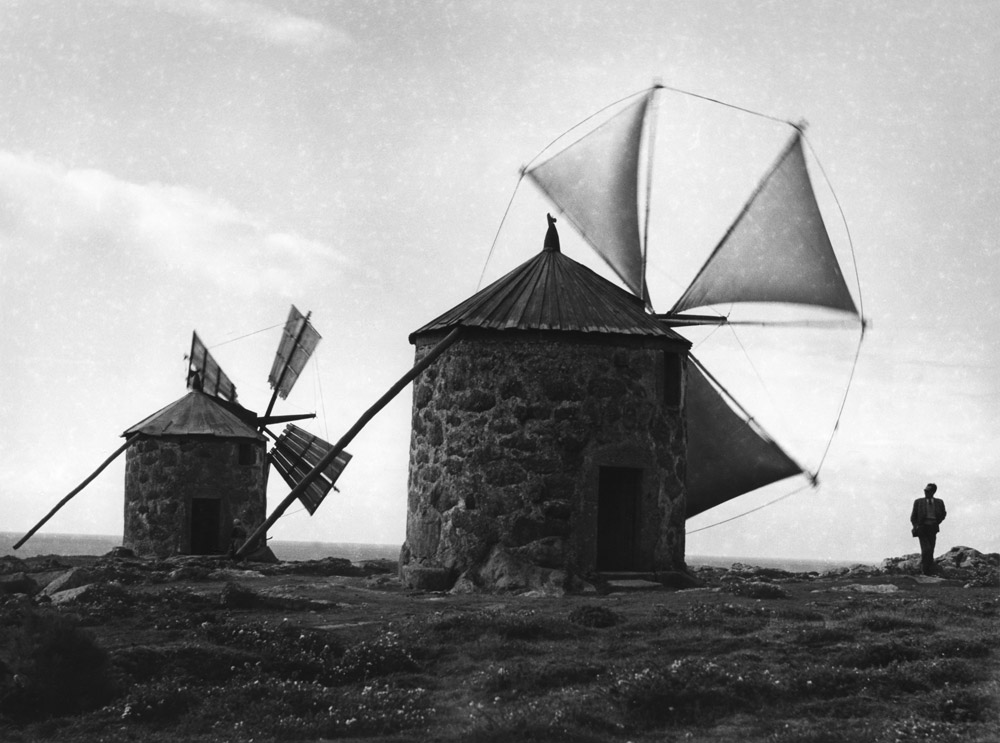 In 1951 the documentary filmmaker Alfred Ehrhardt spent five months in Portugal to make the 92-minute black and white film Portugal – Unbekanntes Land am Meer (Unknown Land by the Sea) for which he received his third German National Film Award. It was the first feature-length cultural documentary to have been made outside the country by a German filmmaker since 1945. From the same material Ehrhardt also produced his short film Das steinerne Antlitz Portugals (The Stony Face of Portugal), which was also distinguished as »of particular merit.« Seven years later he returned to Portugal on a second trip, where he created the color short films Die Küste der Fischer (Coast of the Fishermen) (rated as »of merit«) Korkland Portugal (Portugal, Land of Cork) (rated as »of particular merit«), Portwein (Port Wine) (rated as »of merit«), Das Boot von Torreira (The Boat of Torreira) (rated as »of merit«), and Iberische Skizzen (Iberian Sketches)—which were supported by the Portuguese government.

As he so often did, Ehrhardt also took photographs in Portugal while shooting his films. A selection from this collection of almost 400 photographs is now being presented to the public for the first time. Also on view is the prize-winning film Portugal – Unbekanntes Land am Meer Meer (Unknown Land by the Sea). Fritz Kempe, Director of the State Media Center in Hamburg describes the film as follows: »What is seldom achieved in feature-length cultural documentaries but is largely successful in this film is that it conveys an exciting and coherent statement. The masterful camerawork I consider especially commendable, by the accentuates the geographic structure of Portugal in an exceptionally effective manner.«

Portugal in the 1950s—these are images from a time when people still carried heavy loads on their heads and went barefoot, when the corn in the field was still cut by hand with a sickle, when the wine was harvested to the accompaniment of music, and grapes were trampled with by foot. Nets of sardines and tuna were hauled in by hand, and cork was the only material used to plug bottles. Even in Ehrhardt’s time there was exotic aura surrounding such archaic production methods, which appear—not only to today’s viewers—to be images from another world; they also obviously held great fascination for Ehrhardt. To him the life of the Portuguese seemed to be »of Biblical simplicity and tranquil cheer.« Although the emphasis of the film—and also the photographs—lies on the folkloric tradition of manual crafts, Portugal is nevertheless show as a land of contradiction between the past and the present. Ehrhardt films the luxury liners and airboat landing field in the harbor of Lisbon, the newly constructed districts in the northern areas of the capital as well as the industrial fabrication of canned sardines and cork products.

As with all of his films, Ehrhardt was responsible for directing, filming, editing, and producing the film. He also used background sounds recorded on site and Portuguese music, such as the chorus of believers from the basilica of the pilgrimage town of Fatima.

With his skilled eye for composition, abstraction, and graphic form, Ehrhardt created an »artistic reportage of documentary merit« (Die Welt, 1952). »Ehrhardt manages to create images of captivating beauty; even when he describes things as mundane as a cork factory, he discovers provoking and astounding perspectives. This makes the film an aesthetic pleasure; his richly evocative images open our minds to the country of Portugal perhaps to a greater extent than any strictly objective view could have achieved.« (Berliner Morgenpost, 1952)